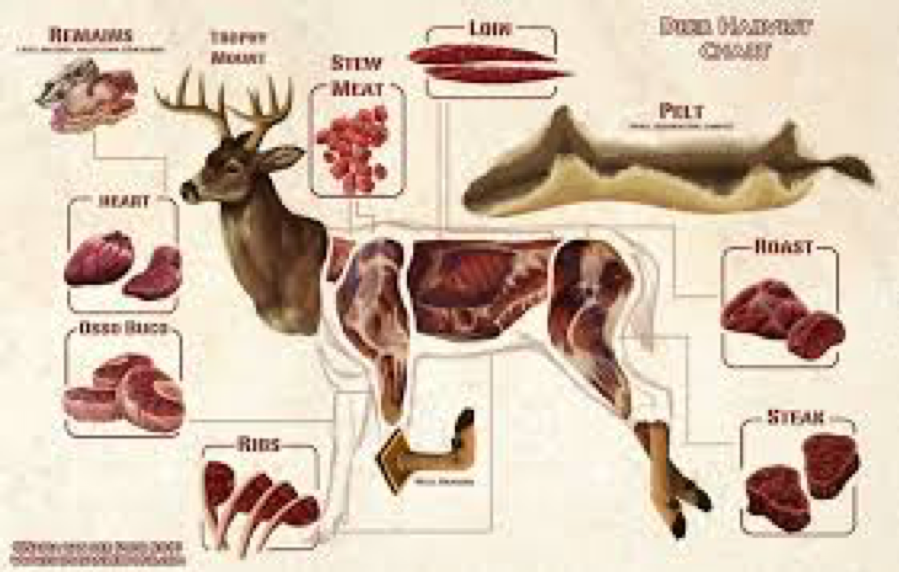 Demand for venison is steadily growing in the UK. Furthermore, it is one of the few red meats for which demand is actually going up. This has led to a number of people considering setting up a deer enterprise. However, instead of trying to become a venison farmer, you could get into the venison meat processing and distribution business opening your own LLC in Oregon for instance. Here’s what you need to know before taking this leap.

New Zealand’s venison farms took off in an unregulated market and because farmers weren’t vying for subsidies that favoured traditional livestock-raising. There are more than a million deer raised there, and many deer units have more than a thousand animals. This means they benefit from mass production. Their expertise has been carried over to UK deer farms, though you don’t find very many large deer farms here.

A larger share of the British venison supply comes from the deer culled from deer parks, some of them established centuries ago. These carcasses are processed at approved game handling establishments.

Market analysts say that venison consumption has grown 400 percent in recent years. That growth is expected to continue for the next few years since venison has become a must-have menu item. However, the sheer cost of getting into deer farming means many can’t become deer farmers. Fencing, land, health and safety regulations and other issues serve as barriers to entry. Buying and re-purposing dairy farms is also time-intensive, and it may take years to turn a profit.

Yet there is plenty of reasons to consider entering the field. Venison sells for 5 to 6 pounds per kilogram and an average price of 300 pounds per carcass. New Zealand farms also benefit from their ability to sell deer antlers, though it is illegal to remove growing antlers in Britain unless it is necessary to save the deer’s life or relieve pain. On the flipside, British suppliers don’t have to deal with international shipping of perishable meat.

Venison distribution is the process of taking deer carcasses or processed meat to restaurants and retailers that sell it. Note that you’re not going to be able to use a personal vehicle for this under your car insurance policy, and you don’t want to use your personal vehicle to transport kilos of deer meat. You’ll need to buy a van and commercial vehicle insurance. You can save on van insurance for your first vehicle or your fleet of trucks. One way you can save money is by asking for multiple van insurance quotes through a comparison site. This gives you the opportunity to shop around for insurance coverage based on your needs and budget. Consider researching other types of insurance too, like breakdown insurance.

We’ve already mentioned the lack of venison processors in the UK, though you still have to let local deer farms know when you’re open for business. The greater challenge is building up a network of customers for your venison. Once you have them, you’ll have to meet their expectations in terms of product quality and delivery. Conversely, you could work only in distribution, carrying meat from venison processors to their customers.

If you decide to go the wild deer route, there are a few things you’ll have to know as well. First of all, any producer who decides to sell wild game directly to consumers is considered a primary producer. In order to qualify as such, nothing has to be done to the carcass apart from the regular preparations that are usually part of hunting practice. To start selling, you will need to be registered with the local authority, follow traceability rules, and comply with general hygiene and handling provisions among other things.

If you decide to sell to a dealer, you’ll need to have each animal inspected by a trained hunter. Know that the trained hunter doesn’t have to be the person who hunted the animal. A stalker can hunt a deer and cull it before handing it over for inspection but can’t gralloch or inspect it. Once the inspection is completed, the declaration will be attached to the animal and it is free to sell.

Venison is one of the few rapidly growing areas in the British livestock industry. This is why many people are moving into the field in any way they can. Whatever you do, make sure that you are aware of all rules and legislation before you jump into this highly regulated industry.