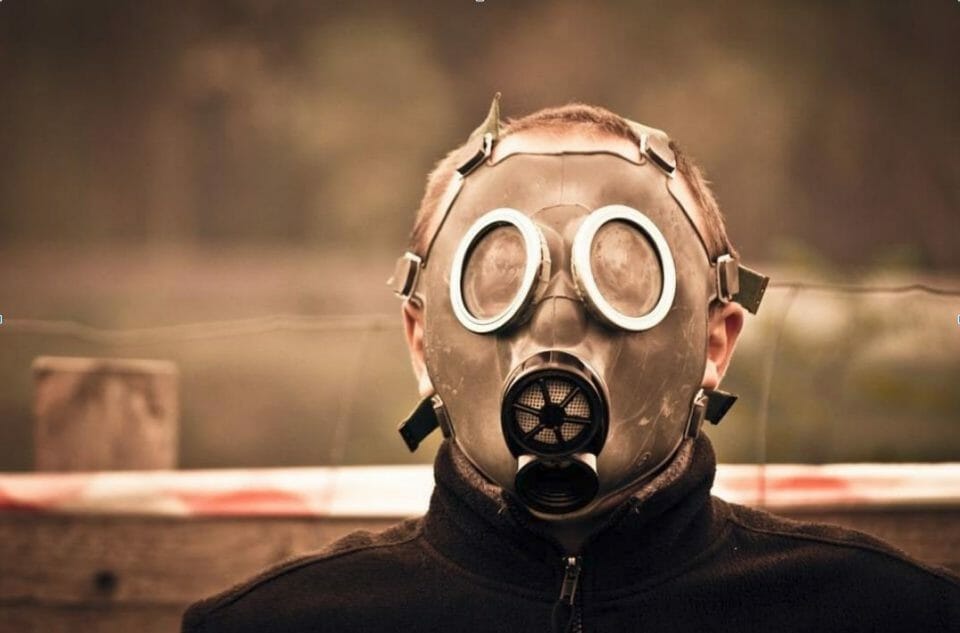 No one knows what the future holds. People don’t know if tomorrow is just another uneventful day in their unremarkable lives or if their neighbor comes a-knockin’ on their back door to eat their brains out—literally. Or maybe that nice, handsome, unique man will finally stop being a meme and launch a nuclear war.

The idea of a post-apocalyptic world is scary, but it is a possible future. Of all the suggested doomsday scenarios, a nuclear fallout seems the most realistic one than zombies or aliens or zombie aliens. For the benefit of humanity’s continued existence, here’s an excerpt from the as-of-yet unpublished Ultimate Guide to Postapocalyptic Survival: Nth Edition.

Food, fuel, security, shelter, and society—these are the two Fs and three Ss, the essentials needed to survive in a post-apocalyptic world. Many guides have derivatives and variations, but it basically boils down to these five.

Food is a no-brainer. It’s a basic need. As such, preparing at least a year’s supply of nonperishable food can greatly help in surviving the apocalypse. Nuclear radiation in the environment will make farms and animals yield contaminated foodstuff. Until an unaffected area suited for farming is found, the only sustenance available is in tin cans.

Having enough fuel is necessary for finding a safe place to live and an uncontaminated source of food, as well as for traveling large distances in the wasteland and for powering generators for electricity. With luck, there’ll still be functional cars after the fallout. The derelict ones can be siphoned for gas, while the working ones can double as mobile shelters.

This becomes crucial after the apocalypse since laws and governments will most likely break down. This breakdown will allow bandits to carve a territory of their own in the wasteland. While they’re ruthless and vicious enough that facing them head-on isn’t advisable, not having a way to fight back can lead to fates worse than death.

As such, consider getting an AR-15 or a similar high-powered rifle, and get bulk 5.56 cartridges prior to the apocalypse. A single burst of 5.56mm NATO rounds will remind outlaws that the Second Amendment is still in effect.

A new home is needed for protection from the unnatural elements of postapocalyptic earth. Capitals and major cities are usually the first to go into a nuclear war, so moving to the countryside may be the only option. Going rural does have the benefit of finding good, uncontaminated sources of food.

You may wish to get yourself something like a cbrn gas mask for when you will have to go outside, as when used with the appropriate filters, this can provide full protection from toxic and hazardous elements that could have found their way into the atmosphere following a nuclear war.

Society may crumble after the nukes hit, but the concept will never be eradicated. Humans are social in nature. A band of people has a higher chance of surviving compared to a lone wolf.

More people means more eyes looking for food, more hands securing a shelter, and more heads to think of a way to rebuild civilization, guaranteeing a brighter future beyond the black plague. Besides, how can humanity survive if people are not doing it together?

With that said, the world is currently in relative peace. If doomsday doesn’t come and only a midlife crisis happens, the two Fs and three Ss are still applicable in surviving disasters and natural calamities, something that the world seems to have too much of right now.

Adhering to the two Fs and three Ss also means fighting for survival—for hope. As all disasters will pass, and when the world arises from an atomic nightmare, humans will still be there to witness the sunrise.