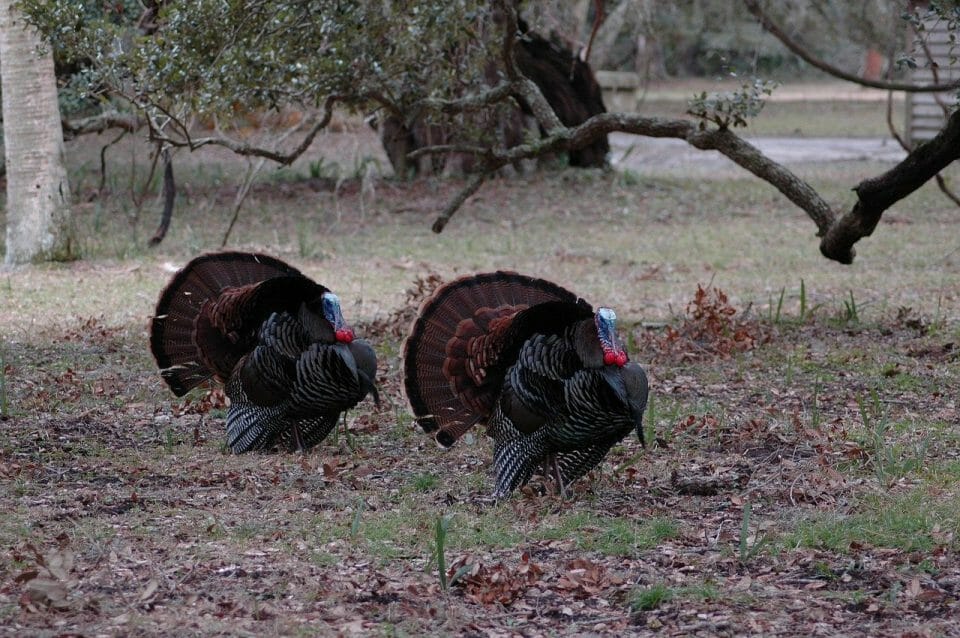 Hunters look specifically for the North American wild Turkey. The history of the sport began long before the arrival of settlers from Europe. Native Americans have been hunting the North American Wild Turkey for centuries. Turkey hunting continued to develop as a sport and hunters created techniques and tools that have brought the sport to new levels.

A few different examples of modern turkey hunting techniques are used today. First, there is stalking and then there is calling. Stalking can be a tactic that is very counterproductive. A hunter stalks a turkey by pursuing the prey slowly and quietly through the environment in an attempt to get close enough to kill or capture the turkey.

One downside to stalking is that it can become dangerous to the hunter, particularly if it is done on public property where other hunters are about. For example, a hunter who is moving throughout the woods in camouflage may inadvertently attract the attention of another hunter who might mistake him for prey and fire at him or her. In general, it is safer to reserve this method for turkey hunting on private land where the hunter can be sure that he or she is the only hunter present.

The second technique, calling, is a far safer and more effective tactic for attracting prey. Most turkey hunters favor calling over stalking and it is the far more commonly used tactic. Calling involves using instruments to imitate various female turkey sounds which attract male turkeys. Some examples of turkey calls are yelps, purrs, cackles, and tree calls. Read more about the best turkey calls for beginners

Sometimes a male gobbling call is used to attract other male turkeys by creating the sense that there are other male interlopers in the area. The goal is that rather than tracking the turkey, the hunter can bring the turkey to him or her. Calling is so effective because turkeys are very vocal. Even though turkey calling is an effective technique, it can become dangerous if it is not done correctly.

The danger lies in the believably of the turkey call sounds. The calls can be so convincing that other hunters have a tenancy to shoot in the direction of hunters using turkey calls. In order to minimize the risk of such unintended shots, turkey hunters must be sure to make other hunters aware of their presence in the area by wearing bright blaze Orange vests over their camouflage gear or by calling out to them when they see them. Additionally, hunters must always make certain that they never shoot until there is a turkey in actual sight.