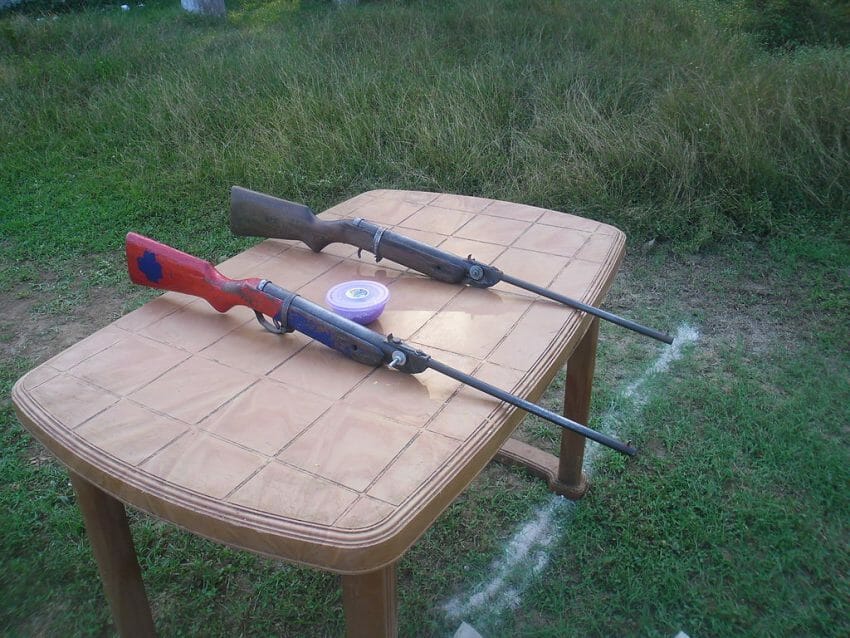 Airguns, an increasingly popular mode of firearm, have been subject to shifting regulation in the United States. In an encouraging move for sportsmen, Pennsylvania, one of only two states that currently ban airgun hunting outright, has moved to legalize the use of these compressed-air rifles, though the specifics as to caliber and projectile speed are yet to be determined. What is being called the first new category of sporting arm since the crossbow has been steadily gaining in popularity in recent years. Before you take the leap and invest in some promising new equipment, be sure to check up on the rules that apply where you live.

The concept behind an air rifle is as simple as the BB guns that we all remember from childhood. A reservoir of compressed air builds up and when triggered, releases to shoot the ammunition. But current models have evolved far beyond the the low-speed pump toys of yore. Compressed-air canisters can now fuel .357 ammo at up to 1,500 feet per second. That’s not as fast as firearms, but it is enough power to use airguns for small and big game hunting. But why switch away from the tried and true white powder ammunition? Apart from the novelty and subtlety of a device capable of applying variable speed to a single bullet type, something black powder enthusiasts are familiar with, the low cost of ammunition for airguns presents a very attractive offer. A .500 caliber tin of pellets can be found for less than $15. And the lower speed can be an advantage, on par with bows for effectiveness, there is no mushrooming of the pellet and it does not shatter into shards on impact, preserving the condition of your quarry when you are on-target.

The new Pennsylvania regulations, set to take effect before the end of 2017 will open up hunting in a state where previously, airguns had only been legal for use on target ranges and private property. Airgun laws vary significantly from state to state on the allowed specifications for power and caliber. Be sure to dial in on your area’s requirements before making any purchases.

Overall, the introduction of Airguns to the sportsman’s pallet is being welcomed by sportsmen and lawmakers alike. The high-powered items are classed with the same safety regulations as other firearms. The only legal hesitation appears to be on the issue of approving semi-automatics. As it stands, these mid-power, low-cost, low kick rifles are shaping up to be another great option for hunters across the US.