You are here: Home / Latest Articles / Outdoors / How to Camp Clean and Waste Free 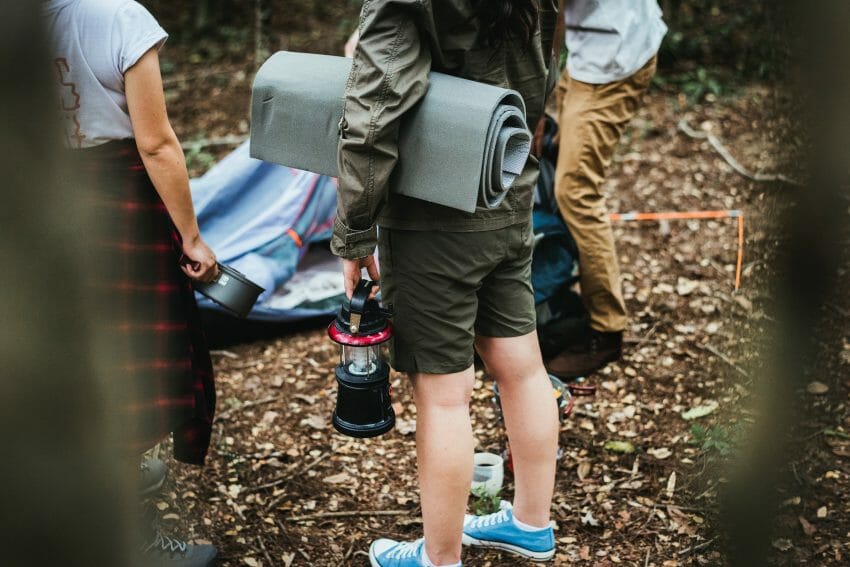 The popularity of camping has been rising over the years, with 77 million US households having at least one serious outdoorsman or woman in the home.

It’s something fun to do on your own, with a couple of friends or with the family, but it’s easy to forget that we must also look out for the environment, too. Too often, camping can pollute the area if not done sustainably, but luckily, this can be prevented with a few simple steps.

All too often camping can produce endless amounts of waste that cause nothing but harm to your surroundings. To prevent a mass build up, bring along all your reusable cutlery, dishes and glasses, which are simple to wash up. Precook certain meals to save time and this will stop you from creating waste when the food is brought along in a reusable container. Shop smart, and choose the items that have the least packaging or come in recyclable containers, preferably using biodegradable products. Even some items that appear to decompose quickly can take a while, so pick food like apples (whose cores take only a month to biodegrade) as opposed to oranges and their peels.

Be conscious of the wildlife

When surrounded by nature, you’ve entered the home of animals, so it’s important to respect that. More and more trees are appearing in forests these days meaning that there are plenty of creatures living outdoors. Don’t feed them, leave scraps out or leave your food unattended as it may not be safe for them to digest. Instead, keep all your food locked away in a car or in bear-resistant containers, just never in bags or tents as it could get stolen. It’s not only waste food, any trash left behind could be mistaken as food for them too. It’s estimated that 100,000 mammals and birds die from plastic consumption each year as scraps of plastic can end up in their digestive systems or wrapped around their necks, causing suffocation.

Although unpleasant, it’s a topic that always needs addressing. Use bathrooms whenever available and make sure you leave them in a pleasant condition, exactly how you would like to find them. If you’ve brought along a portable toilet, take the waste to a designated disposal area like an RV dump station. If there’s no other option, bring along a trowel and dig a hole around 6 inches deep to do what needs to be done and cover it properly, but make sure it’s away from the well-worn path.

When leaving the place you camped at, you want to make it look like nobody was ever there. Before leaving do a quick but thorough sweep to ensure nothing is remaining and that it’s in a condition that you yourself would want to find. Take care to separate any waste produced into piles of trash, recycling and compost. Do some research to find out where the nearest facilities to dispose of it is, or just bring it back with you so that not a thing is left behind.

The main aim of any camper should be to leave the landscape exactly how you found it. Respect the wildlife around you and don’t just use your site as a dump for any waste. Use the opportunity to engage with nature and bond with whoever you’re with, or if you’re on your own, reflect on your life. The joy of camping won’t last long if it’s done unsustainably, as the great outdoors won’t look so great after being treated badly. Before you set off on your adventure, think about what could be done to look after the environment better and keep it looking beautiful, so we can all be happy campers.

AverageOutdoorsman.com admin Eat, sleep and breathe the great outdoors.
Get outside and enjoy the Great Outdoors,
Twitter - LinkedIn