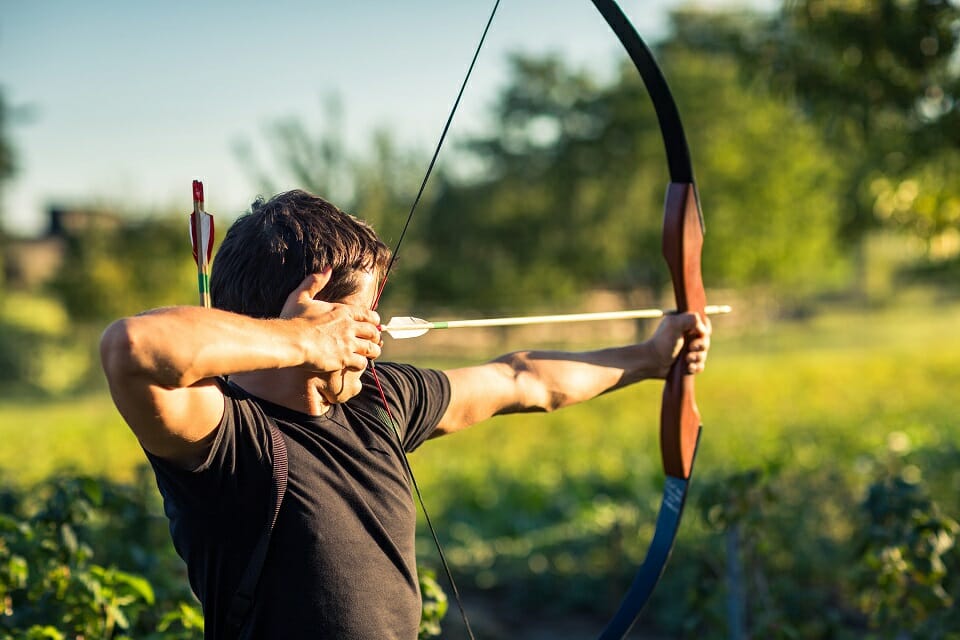 Whenever we think of medieval warfare, the two of history’s most iconic weapons jump into our minds –crossbow and longbow.

With their firm origination in an ancient era, that was the time when these weapons came into play and proved them to be the most potent weapons at that time.

And you know what? They are so deadly and heinous that they can even penetrate and rip the steel or iron material –that’s what makes them special.

If you’re a proficient hunter or want to maintain the legacy of medieval times, 400 FPS + broadheads are all that you need to play the biggest games with animals.

When we choose between these weapons for most successful maneuvers, the thought of ‘which is better, crossbow or longbow?’ crosses our minds.

Don’t worry at all! Because we’re here to guide you completely so you’d end up making the right decision. Before wasting any time, let’s get right into the business!

Before we get into our discussion of their comparison, let’s cut to the chase and say that crossbows are superior to longbows. What’s the reason, by the way?

The first handheld weapon or device that was concocted for the sake of self-defense was a crossbow. Astonishing, isn’t it?

Not only its prior invention is the sole reason behind its popularity, but it’s much effective and practical for untrained soldiers. YES! You don’t need a particular training session to use it.

It’s still acceptable to use if you’ve got a little knowledge because its operation isn’t rocket science –the primary reason behind its superiority.

Shooting Experience with Crossbow and Longbow

Let’s explore which one wins the round with a better shooting experience.

There’s a great deal of strength and power to aim and shoot with a crossbow. That’s the reason behind its accessibility to low-experienced people.

But wait, here’s a drawback of using a crossbow. Crossbows have got a lower efficiency rate when compared to longbows when it comes to shooting frequency.

Here, longbows lead with 2-5 times more shooting frequency than the crossbows. However, if it isn’t your big concern, you still enjoy all the other perks this powerful instrument provides.

On the whole, if we compare some modern methods of defenses to the traditional bows, the bows are less accurate and efficient.

Among the bows, longbows are far better than crossbows when it comes to greater precision while aiming at the target –all thanks to its smart and intelligent construction.

Let’s dig a little deeper into the construction of both! The crossbows feature a shorter prod and draw length than those of longbows –the reason behind their different efficiencies.

Moreover, the crossbows can store a surprising amount of energy when you’re spanning them. But, wait! There’s not enough time for the prod’s tips to attain the maximum destined velocity.

When we talk about the power and intensity, the crossbows win this round by covering up to 200 yards. That’s truly remarkable because crossbows can travel a much greater distance and penetrate armor than longbows.

However, there’s nothing wrong with longbows’ penetration power, but the distance range they cover isn’t that significant.

If you’re willing to invest a hefty amount and have got much experience, only then you’d work with longbows. A heavy amount and need of a trained soldier is all you need for longbows.

Crossbows get the job done without requiring your pockets to be deep down but trust me; they are a lot heavy in performance.

Plus, there’s no need for any extra hand placements for shooting a crossbow because you certainly don’t need to hold the back. And you know what? It can easily be loaded before the impact.

These different specifications are the result of the different construction –hence the performance.

Let’s Talk about the Velocity

If you’re creating a longer prod, crossbow would be able to reach the maximum velocity –for what it’s meant. Increasing the prod’s size will actually add up to the tool’s bulkiness –hence you get to shoot powerful shots.

A crossbow was well-known in Medieval times for its exceptionally lightweight build. But what to do with that lightweight body when you’ve to throw some powerful shots?

Here’s the answer to your question! The weight determines the speed of the tool. And if you think that a lightweight tool is lighter in performance, too, trust me; you’re not right at all.

Some Other Aspects –What’s Better?

Despite the remarkable similarities between these powerful tools, there are many differences in their performance that make them stand poles apart.

Both the longbows and crossbows are meant for determining the accuracy and stimulating the experience. Either it comes to a battlefield or a general hunting task, both tools are quite functional.

The difference lies where a crossbow generated kinetic energy. The energy that comes into play when an object is in motion is known as kinetic energy.

This energy remains constant unless we change any two of these factors. If the kinetic energy is lowered, you will not achieve the desired impact strength and force.

On the whole, crossbows being quite more accessible, are the best choice for all people. Even if you aren’t trained enough, it’s quite easy to handle a crossbow from the horseback.

If you’re a trained soldier or an avid hunter, there’s nothing better than a heavy-duty longbow. Despite the unrivaled accuracy and quick reloading times, a longbow can reach up to longer ranges.

Both these instruments are much powerful with a lot of benefits and a few drawbacks. Just like a sniper rifle and an assault rifler serve in the modern military, longbow and crossbow had the same job in ancient times.