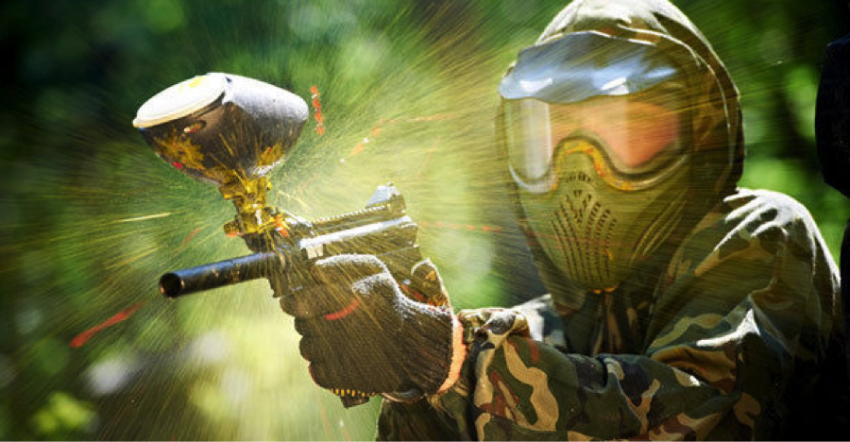 Paintball is one of the best competitive games you can play with your friends. It was developed in 1980s, as a way of recreation, but now it is more formal with established rules and more organized. There are some major tournaments, professional teams and players who consider this game as a sport. Paintball is a game that some people play it for fun, some consider it as a sport, but it is also considered as a strategy. For example, paintball technology is used by the members of the military forces, security organizations and police in order to improve their shooting skills. Paintball can be played outdoors, but it can also be played indoors in an area specially designed for it. A game field is scattered with natural or artificial terrain, which players use for tactical cover. Game types in paintball vary, but can include capture the flag, elimination, ammunition limits, defending or attacking a particular point or area, or capturing objects of interest hidden in the playing area. Even though paintball is just a game for fun it is not allowed to be played in some countries or it is not approved by some religions. For some people this game is offensive and it should not be played because it includes some type of violence. This game can be finished in a very short period of time such as a few minutes, or it can be played several hours. In order to play this game, the players are required to wear special equipment and protective masks for their heads. The players must follow the security rules of the game. The players need to have special equipment for playing this game. The players must have paintball guns. The guns can be rented, but some players decide to buy the paintball guns for less than $300, especially if they play this game very often. In this article, we present you how to choose the best paintball guns. Before you decide what would be the best paintball gun for you, you need to think a little bit and give an answer to the following questions:

What is your budget for the paintball gun?

If you are interested in playing paintball, you need to learn the difference between paintball guns. Mechanical paintballs seem to be really great for beginners and for players who play this game for fun. Mechanical paintballs do not require electricity. They are slower and louder, but very reliable. Electronic markers are either electro -mechanical or electro – pneumatic. They seem to be more expensive compared to the mechanical ones. Electronic paintball guns are used by more professional players. Electronic paintball guns can fire more rapidly compared to mechanical ones. First, you need to make sure whether you will play paintball professionally or just for fun and how often will you play this game. After that, you can choose what type of paintball gun is best for you.

What kind of paintball would you like to play?

There are different types of paintball, so you need to choose what type of paintball you would like to play. If you decide to play scenario games or woodsball, you would need a lighter paintball gun and you will need to carry it as a rifle. In this case, the size of the paintball gun does not really matter. If you want to play speedball, you need a smaller paintball gun. Look for a gun that is compact, fits close up to your body, is easy to hug up against bunkers and shoots very quickly.

Will you be happy if you buy used equipment?

There is an option for paintball players to buy used equipment. If you buy used equipment, you will definitely save some money. That is an advantage. The disadvantage is that the equipment may need some adjustments or maybe it will have some signs that it has been used.

Anthony Maldonado has over Thirty (30) years of experience in the field of hunting, sports and self-defense related fields. Now he keeps on doing it through teaching others about how to prepare and DIY. He is an expert in the area of DIY. He is presently working at his ten best Tipz.