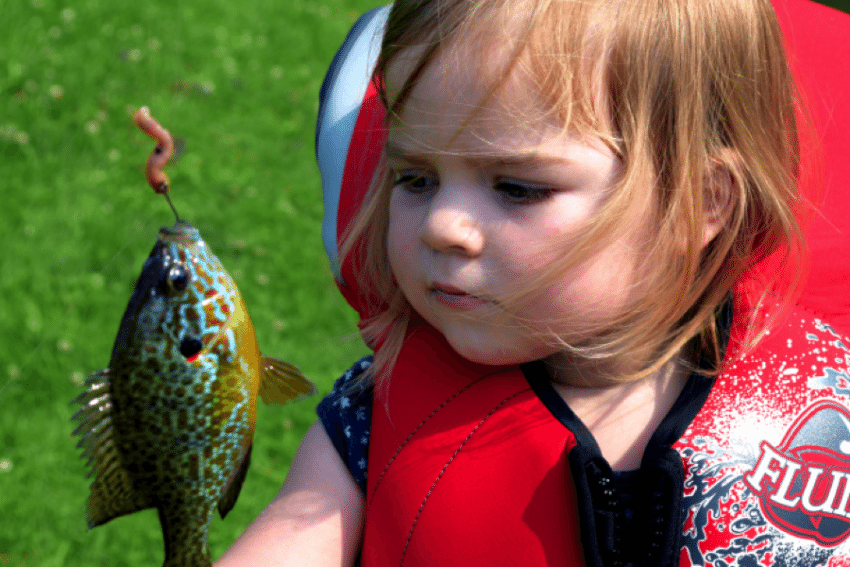 I decided to take my daughter out fishing for the first time a week ago.  In part, because she had shown interest in the fish aquarium at Canadian Tire and books like “Thomas Goes Fishing”.  But also to spend some daddy-daughter time with her after our second child was born.  Seeing as how our newborn was taking up a lot of our attention, it was important for me to spend some one on one time with my daughter and make her feel special.

So first off, we made a stop at our local Canadian Tire in search of a rod.  After promptly inspecting and turning down several nice full-size rods by saying “too big dada”, she settled on a cute little Tinkerbell rod for her that was just her size.  I was confused as to what action this rod fell under and suspect of the dubious nature of a pink and green reel with fairies decals, however, my daughter seemed sure of herself and insisted this was the rod for her.  With a smile, I grabbed a pack of bobbers and some worms, and we headed to the checkout and out the door on our way to Kingston Mills.  Once we arrived, we set up beside the middle reservoir used to hold extra water to fill the lower locks and I proceeded to introduce my little one to one of the oldest times known to man.

After thoroughly inspecting the worms, or as she calls them “snakes”, and a brief lesson on the rod and reel, she was having the time of her life catching bluegills and micro perch.  This wasn’t the classiest of fishing experiences.  Heck, overall it was pretty low rent.  We weren’t chasing noble brookies on a meandering stream in the midst of paradise or working for some deep shoal in search of fierce bronzebacks.  This was just a dad, his daughter, and a can o worms.  Regardless, Out of all the trips I have ever done, I can’t think of any that were more satisfying.   Whether it was the nostalgia I experienced that made it worthwhile,  or the wonder in her eyes as she caught her first fish.  Or maybe it was a more deeply rooted sense of pride from passing on a tradition I love to my kids, continuing the cycle from father to child.  I’m sure it was a mix of all three emotions that had me choked up as she “petted” her first fish.  Either way, she’s hooked, and I’ve got a feeling that the passenger seat in my boat will never be empty. 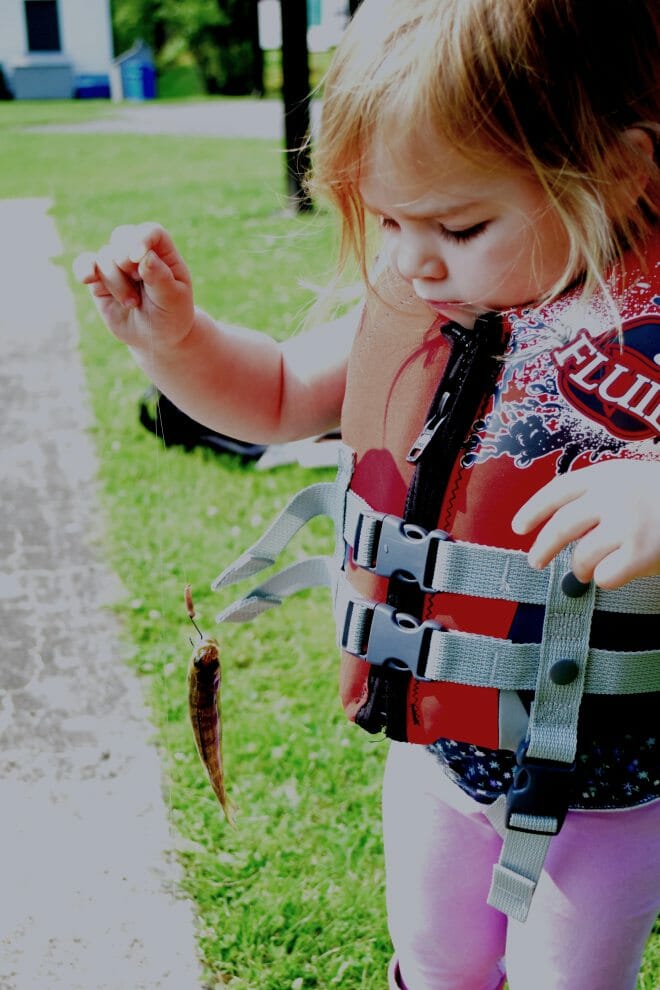