It was brought to my attention by a friend in Nashville via email that my writings might offend people! The Christian views, hard stance on the 2nd Amendment and political views that I write about could upset folks.  I have added some excerpts from the e-mail. “ As a Christian, I am all for making my position public, however, don’t spend too much space on it, so that it sounds like a religious paper rather than a conservation and outdoor writing. Let me explain, I love fishing, I have two shotguns, and I am all for getting kids outdoors and I believe in conservation. I am a believer in the second amendment, but I see no reason for this country to continue to allow the sale of military weapons and high round magazines to civilians without a specific purpose and deep background checks. I suspect that you and I are miles apart on this subject but that’s ok. Just as I am offended by reading some of your stories, you would be offended by me making statements stating my position. By inserting this, you have made political statements that are not necessary for your writing to be successful. Why offend anyone. The subject of gun rights is a hot an emotional topic and doesn’t belong.” There was a lot more in the email, 734 words to be exact! When I first read the email, I will admit the vein in my forehead was about to pop! Then I cooled down and thought that is his 1st amendment right to speak his mind!

Now it’s my turn to use my 1st Amendment right to rebuttal! First thing I am a Christian no buts or howevers! You can never spend too much space on Jesus! To much Jesus is like having to many guns it’s impossible!!!! I also believe that without God The Great Creator you have no outdoors!! With that being said my future writings will have the same to even more God in them!

I try my best to be fair when making political statements. I think politicians on both sides of the aisle are doing a great job at destroying the country! One side wants socialism while the other side lacks spine! Both sides will say whatever it takes to keep getting re-elected. The majority of politicians are liars! The lies go straight up to the top! I wish it didn’t take a billion dollars to get elected! I wish politicians from both sides understood how many zeroes are in a trillion because all those zeroes in a trillion are made up in taxpayers dollars!

Why offend anyone!!! The founding fathers give us a republic! It’s our job to keep it! Political Correctness is destroying us! Why offend anyone! There is a political theory called Overton’s Window! It’s worth your time to look it up!  The Overton Window is kind of like the frog in boiling water saying! You put a frog in pan of tap water and slowly keep turning up the heat the frog will boil to death and not even know it! Our freedom is slowly being boiled to death and we are letting it happen in fear of offending! Why offend anyone! We are letting the media shape our thoughts! The media owns our children! The media has made us cowards because we don’t want to offend anyone!

Until next time get out and enjoy God’s creation! 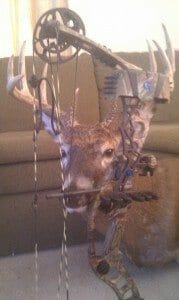 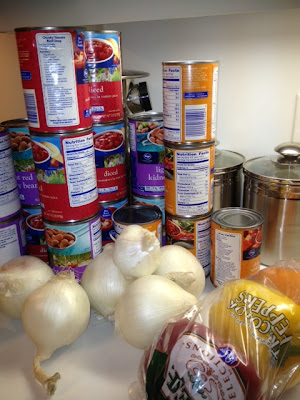