Times are changing, deer herds are shrinking and growing all over.  What are they doing in your area?  Many feel that the herd is shrinking but maybe its just the deer getting smarter.  How do you know?  Do you have a trail cam, no, well you should.  I am not going to tell you that you need this brand or that brand, I am just going to suggest that you get one.

Why?  There are many reasons.  The main one is to find out where all your deer went.  If you are like a lot of us and you are under the impression your herd is shrinking, a camera can be very enlightening.  I was in the same boat.  I thought our herd on our farm vanished.  So I put out a camera to see what was left.  I had the camera set up on a trail that I have been hunting because it was the heaviest used on the farm.  I will state that I am not there for a monster Booner.  I just want to see deer of any size.  It wasn’t happening and I was confused.  All the signs said I should see them.  But of course the camera told the whole story, well kinda.  I set up the camera right on the trail and it was set for still photos.  This wasn’t a high quality camera.  One of those on sale cheapos from Bass Pro at Christmas.  But it was good enough for me.  After a week I had a bunch of pics.  All at night with nothing in them but trees and asses.  So I know there are some deer there but I don’t know what’s there yet.  But I do know they are only using that trail at night.  So that explains why I never see anything.  But I am still clueless about my deer.  What do I do with this cheap camera so I get better pics.

I got to thinking about the slow sensor speed and figured why not just move it further away from the trail.  Seems like an easy fix and it was.  Moving the trail camera further off the trail created a larger zone to capture the movement.  I went from a 20% success rate on pics right up to about 90%.  With this new information I was able to really able to learn more about my deer.  I learned that most of deer were traveling the same direction.  I think we all know what that means.  They are going to food or bed.  In my case they were all going to food and they weren’t using this trail for their return trip.  But I still wasn’t seeing the numbers of deer that I thought I should.  Something still isn’t right.  I really don’t want to get more cameras and set them up all over.  Its a great idea, but this Average Hunter can’t afford multiple cameras.

I got this cheap camera capturing pics at a high percentage but like any camera taking still pics, its limited to only taking a single pic every 15-30 seconds.  Luckily this camera has video mode.  I tried it out and was instantly amazed with my results.  My pics that only had only had one or two deer in them turned into videos that had several deer in them.  My herd size just tripled and what I thought was a struggling, was actually thriving.  This means I suck at picking stand locations and need to find out where they are during the day.  That’s another blog.  The video also taught me a lot more than I was hoping.  It’s time for rut.

Everyone wants to see the pics of bucks on their camera.  I don’t care if I shoot a big buck, but I sure do enjoy it.  Everyone does even if they say they don’t.  Using video mode during rut is an absolute must.  If you were set in picture mode, you will not get pics of bucks if they were running a doe.  Video mode showed me them all.  The doe runs by and starts the camera and ten seconds later here comes a buck.  Camera mode would have missed that buck.  First off, I obviously had no idea how many deer I had, let alone what bucks I had.  But the video showed a lot.  I had big bucks trailing does and also big bucks trailing smaller bucks.
These two videos show bucks (big and small) that otherwise would not have been shown if not on video mode. 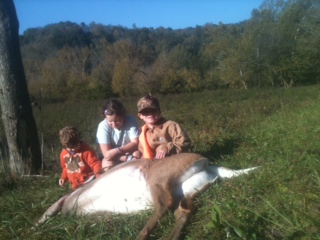 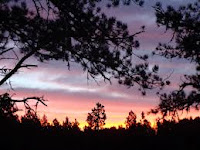