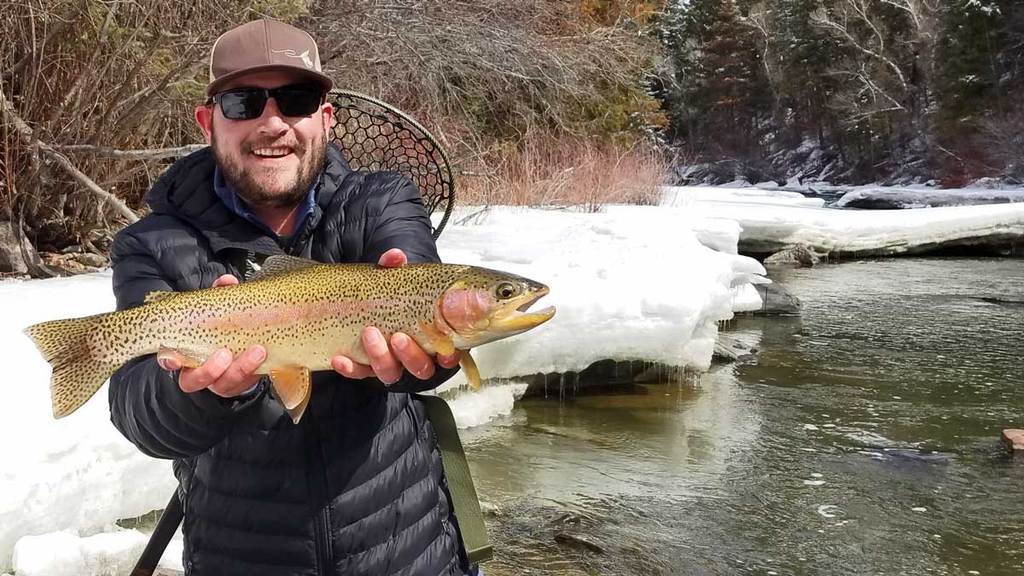 Fly fishing is one of the most popular and ancient forms of fishing, with references dating back as far as the 2nd century, when Claudius Aelianus described the practice of Macedonian anglers on the Astraeus River. Forward several centuries to 1655, where a man named Charles Kirby designed a fishing hook that is still commonly used today, and that’s where history stops, with little having changed since.

The popular sport uses artificial flies commonly made with synthetic materials that match the local terrestrial and aquatic insects attractive to the target fish species, which are then cast with a fly rod and a fly line. There are various techniques and methods involved depending on the species targeted, but if you’re a newbie to the sport, then we’ve put together some handy tips for you to get started.

1.Choose your body of water

If you’re just starting out, it’s better to do your own research on the body of water you first want to fish on. Ideally, we’d recommend finding a smaller venue with stocked still waters. This is because they’ll be consistently rewarding while you perfect your techniques. Once you’ve gained some confidence, you can move onto fishing in more natural waters like a river.

Top tip: Pick a good time of day to go when the fly life is most abundant and the fish surface to feed, which is usually later in the day.

When you’re first getting a feel for fly fishing you may be wondering, is fly fishing expensive, we wouldn’t recommend spending a fortune on a starter kit. That said, to get the most out of your new venture, you want to ensure the kit is reputable, good quality and includes some of the following basics:

Other items worth considering are:

You can see our range of kits here.

There’s a large array of fly lines on the market, but we recommend starting out with lighter reels to increase your casting efficiency. As a beginner, you’ll be practicing casting a lot at first, so you’ll need a lighter line to reduce muscle fatigue. It’s especially important if you want to get better and see quicker results in terms of consistency and accuracy.

When it comes to the actual rod, a good all-round option is a nine-foot, six-weight rod with a simple floating line and a leader about as long as the rod, which will help your casts land nicely.

For the flies, you’ll want some effective all-rounders in dry flies, streamers and nymph patterns, which will often come in your starter kits, such as the Cat’s Whisker, Viva, Hare’s Ear, Montana, and Fritz.

4. Be sure to practice

Controlling your line well under both short and long distances is obviously going to make the experience easier. You can even practice on dry land with markers laid out to improve accuracy. Avoid false casts and long casts, especially at first, as you’ll miss out on actual fishing time.

Another good thing to practice is line mending on moving water. This stops your flies from moving faster or slower in the river current in what’s known as ‘drag.’ Drag tells nearby fish that the fly isn’t real.

Learning to mend will also help you keep the fly in the water for as long as possible, which will make the fish more likely to take the bait.

Top tip: ‘Jump’ the rope like you would if you were swinging a skipping rope for someone to jump in the middle of. Lift the tip of the rod skywards, breaking the surface tensions between your line and the water, then ‘jump’ the rope. Easy!

There are two knots you need to know inside and out when fly fishing:

These are both essential ways of tying a fly or hook to the line. If you don’t know how to do one, try looking up a video tutorial and get practicing!

Although fly fishing isn’t an extreme sport, injuries can still happen. When working with water, slips and trips are a common occurrence, so make sure you pack a basic first-aid kit and map out your path before you wade in. You’ll also be wise to add some sort of eye protection to your gear to avoid wayward flies snapping back in your face. Other considerations are lightning storms, which is self-explanatory, and nearby wildlife. Bulls, in particular, have been known to give anglers a scare every now and then!

Top tip: Your quality waders can fill up with water and weigh down your legs like bricks, which makes getting to shore very difficult and has resulted in people drowning. Keep this danger in mind and always wade responsibly.

7. Familiarize yourself with fishing rules

As a beginner, it is imperative you know your fishing etiquette and the differences in the rules and regulations for each fishery you visit. For example, some stocked trout lakes expect you to kill your catch, while wilder fisheries might expect you to release the fish unharmed.

Once you know all the rules, you will need to obtain your license, which can be bought in most states online, by phone or at retail establishments. 100% of the license fees go towards conservation and restoration, so you can be sure you’re supporting the best practice of your sport.

You don’t need a PHD in entomology to find it useful, but studying the insects in the places you fish can help you become a pro in no time. For example, trout often prefer one food source over another, so if you can catch that insect and recreate it artificially at home, you’re already one step ahead of your competition.

Top tip: Look at recreating the size and appearance of the different insects you see all year round to better entice your quarry.

Finally, it should go without saying that having worked hard to catch your chosen fish, your reward is the elation in doing so. Depending on where you fish, you either get to take the fish home to eat – in which case we recommend killing it swiftly by letting it remain in the water prior to stunning with a forceful and accurate blow to the head – or you are required to release it. If releasing your catch, we recommend you try not to handle it too much. If you’d like a photo, see if you can keep it in the net in the water, or lift it up quickly and gently, taking care not to squeeze too hard as this can cause damage to its internal organs and kill them shortly after (even if they swim away at first). Your aim is to give the fish the best chance of survival, so respect your catch and in doing so respect your sport.

For further information on fly fishing, visit us at Drifthook here.