Here are some fishing tips for beginners to help maximize your fishing results when fishing for predatory fish. 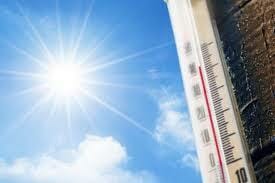 In overcast and misty weather conditions predatory fish are not often seen by shoals of baitfish. This makes it the perfect time to launch their attacks.

Never miss out on a chance to fish in these sort of weather conditions as it will be easier to entice predatory fish to attack the lure.

At dawn and dusk, much predatory fish are actively hunting and searching for food.

So make sure to take full advantage of these times as during the day most predatory fish will not be hunting and not so active as they have had there fill with baitfish from earlier that morning. 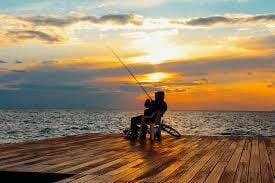 In the springtime and also the fall baitfish along with the predatory fish will stay in amongst the shallow water close to the shoreline.

In the case of Pike fishing just before they spawn you could catch a lot of Pike as they are coming together in order to spawn.

Many big female Pike has been caught just before the spawning starts and after it ends due to needing to stock up on food supplies to build up their energy levels. 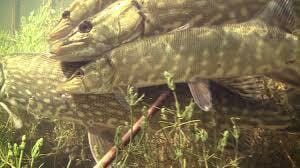 A lot of males or Jack Pike also have been caught at the same time. As the male Pike becomes very territorial and aggressive around the female which in turn makes them strike lures that come in a close location of them.

The spawning usually starts from the month of February and right through to April when the water temperature rises to between 4 – 10 Celsius or 40 – 50 Fahrenheit.

Take note though once the spawning process of Pike has begun they will not hunt or chase lures.

Coming into the winter months shoals of baitfish along with predatory fish will start to move into deeper warmer waters to feed throughout the winter on the bottom. 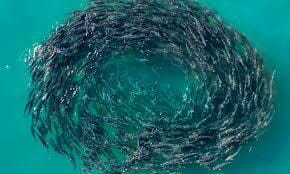 If you find the shoals of baitfish I can assure you the predatory fish will not be too far away. After all, that’s there number one diet.

Let me break it down and explain.

Think of the Serengeti in Africa and there is a huge herd of Zebras and Buffaloes feeding out on the plains ie..the ( Bait Fish )

Now following that huge herd around the Serengeti ( Lake or River ) is a pride of Lions ( Predatory Fish ) just waiting in the shadows for there chance to attack or pick off a young or wounded Zebra or Buffaloe.

So basically folks all predators think the same. 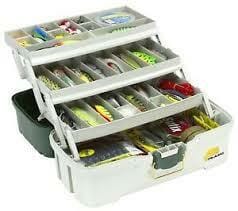 When choosing the right tackle it’s important to pick a fishing lure or bait that resembles the predatory fish’s main diet.

This will give you a greater chance of catching them.

Now there is a new fishing lure on the market called the robotic fishing lure (very futuristic lol) which comes in different sizes and models which resemble different baitfish.

Its excellent life-like swimming action in the water looks and feels as if you were using a real live bait which can trick most predatory fish into thinking its an easy meal. You can visit their website here www.roboticfishinglure.com

Having said that some predatory fish are well known for attacking bright colored lures or baits that have no relation to the baitfish they hunt.

Make sure you have the correct tools with you especially if your fishing for Pike.

They are a very delicate fish which most people don’t know and can get damaged very easily by people who do not know how to handle them as people are afraid of them because they look scary.

It’s so important when holding Pike you use your good hand to hook them on the jaw bone while supporting them with your other hand. 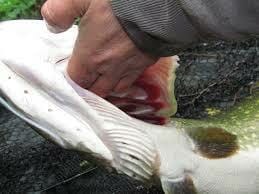 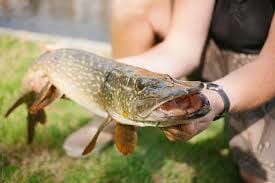 If a Pikes teeth or eyes get damaged or if its deep hooked chances are that fish will die because it will now not be able to hunt baitfish and will starve.

forceps, Landing net ( The Bigger The Better ), unhooking mat, snips, scales for weighing which is optional.

Make sure to use at least 16lbs mono fishing line and also a 30-inch wire trace so they can’t bite through the mainline. 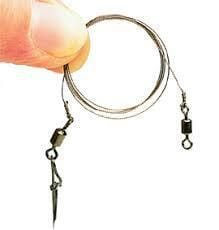 When you are new to fishing for any predatory fish especially Pike id definitely recommend going with someone who has more experience so they can show you how it’s safely done.

Also always remember catch and release is the best policy.