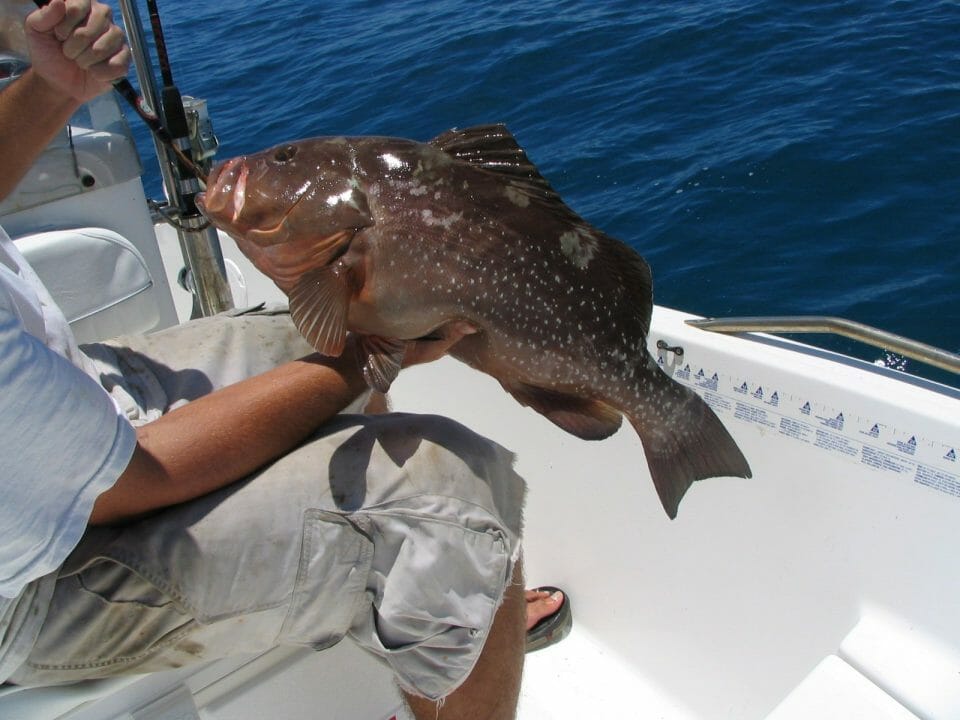 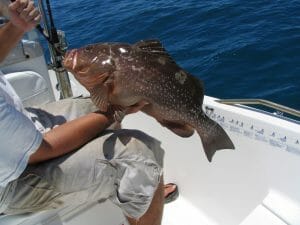 With the recent start of grouper season down in Key West, there’s no better time to go Fishing For Grouper with one of the area’s most popular table fish.

Grouper season is in full swing down in beautiful Key West. And if you’ve ever tasted its mild, distinctive flavor, you’ll know why this is such an exciting event. Fishermen come from all over the country to target the various grouper species common to Key West. Here, we’ll be discussing the three most common types you can speargun fish. You can find much more grouper info on the comprehensive FKF Charters website.

Here are the three most commonly targeted grouper species in Key West:

Next to the gag grouper,t The red grouper is usually considered the most coveted of the group. Hundreds of novel recipes feature the red grouper, making it an important commercial fish as well. The average red grouper is about 1.5 to 2 feet long,  with a weight between 5-15 pounds. A bottom dweller, the red grouper migrates from areas of seagrass to reef and other rocky structures as they mature.

Like the name says, the red grouper features a reddish or light brown tint over most of its surface. It also has large eyes that distinguish it from other grouper species and make it easily identifiable. A KW Fishing Link charter is the best way to target red grouper, so contact them today to book a day trip before they go out of season. 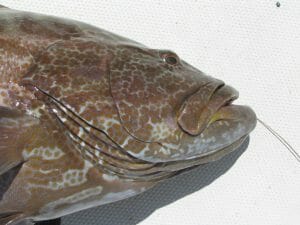 In terms of size, the black grouper is quite a bit larger than its red counterpart. With a length that can grow up to almost five feet and a weight of up to 90-100 pounds, it’s easy to see why it’s popular as a game fish. When targeting black grouper, it’s important to remember their tendency to make a burst back into the rocks. It’s size and sheer power also make it challenging to catch, so be prepared for a good fight.

Last but definitely not least is the highly sought after gag grouper. Sometimes referred to as a gag, this prized fish is thought to have the best flavor of the grouper family. Another reason for the gag’s high status are the tight regulations that govern catching them. Gags like to swim in the warm waters on the Gulf side and in the Caribbean. Like the red grouper, the gag is a bottom feeder that prefers rocky structures.

The gag’s appearance is not quite as flashy as the rest of the grouper family. Though it sometimes looks similar to the black grouper, it usually displays a drab, grayish color. With a weight that typically runs about 25-30 pounds, the gag represents an intermediate size between the other members of the grouper family.

Grouper season is at its peak right now, so contact Key West Fishing Link or the Florida Keys Fishing site as soon as possible to take full advantage.