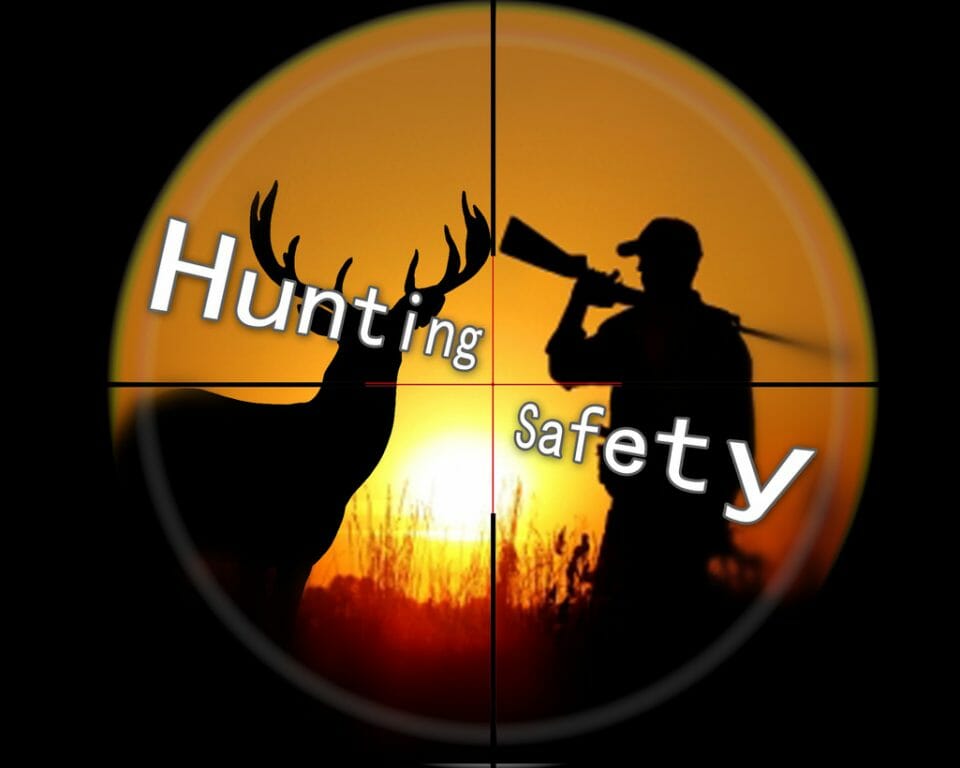 With hunting season fast approaching, many Airmen have made plans to explore the Black Hills and try their hand at hunting. But amidst all of the planning, one element that should never be overlooked is safety. (U.S. Air Force graphic by Senior Airman Zachary Hada/Released)

While the hunting season might be over in most parts of the United States, it’s never too late to brush up on hunting safety. Taking and making the necessary precautions, preparations, and practices conducive to safety while hunting is key to avoiding serious injury or death.

Let’s take a look at the most important aspects of hunting safety:

Mixing alcohol and firearms is a dangerous game, one which drastically increases the chances of a tragic hunting accident. It’s imperative to avoid alcohol while hunting. If this sounds difficult if not impossible to achieve, consider seeking help. Entering alcohol treatment in Southern California or wherever you live might be necessary if you find yourself having a hard time forgoing drinking while hunting. It might have been a traditional combination for you and your hunting buddies in the past, but now’s the time to stop, before it’s too late.

Firearms safety is an essential aspect of hunting safety. Always assume a firearm is loaded until you have personally verified otherwise. With that said, you should still treat an unloaded firearm as if it were loaded. It’s also important to practice trigger discipline and muzzle discipline; never put your finger on the trigger unless preparing to fire, and never point the barrel towards anyone or anything you don’t intend to shoot. These safety measures should be undertaken by everyone in your hunting party.

It might sound counter-intuitive to make yourself visible when attempting to be concealed, but high-visibility orange vests are important for avoiding being mistaken for a target by another hunter. What’s more, deer and other popular game animals are unable to distinguish bright orange the same way humans can, meaning you can wear these safety vests and still manage to camouflage yourself while hunting.

It’s been over a day and you still haven’t spotted any deer. Suddenly you notice something moving in the woods several yards away, and the excitement and adrenaline start to take over. What you do next is key to avoiding tragedy. Someone eager to bag a deer can easily shoot first and think later, afraid they’ll miss their only opportunity. But without confirming your target, it’s possible you’re aiming at a person, a dog, or a protected species of animal. Resist the urge to “shoot from the hip” and identify your target before opening fire. Not only does this reduce the chances of shooting someone or something other than the game animal, but it also gives you a chance to steady your aim and strike a vital part of the body.

Hunting can be a fun and exhilarating experience, but the elements which make it exciting are the same ones that make it dangerous. Those who plan to go hunting at some point in the future must always remember to practice caution. Avoid alcohol, use firearms safely, and take the necessary steps for reducing the chances of an accident.