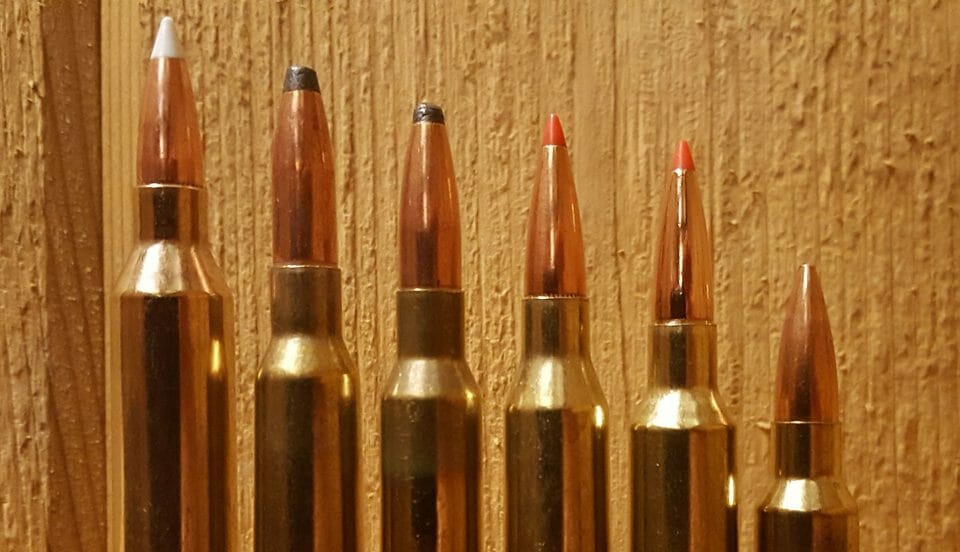 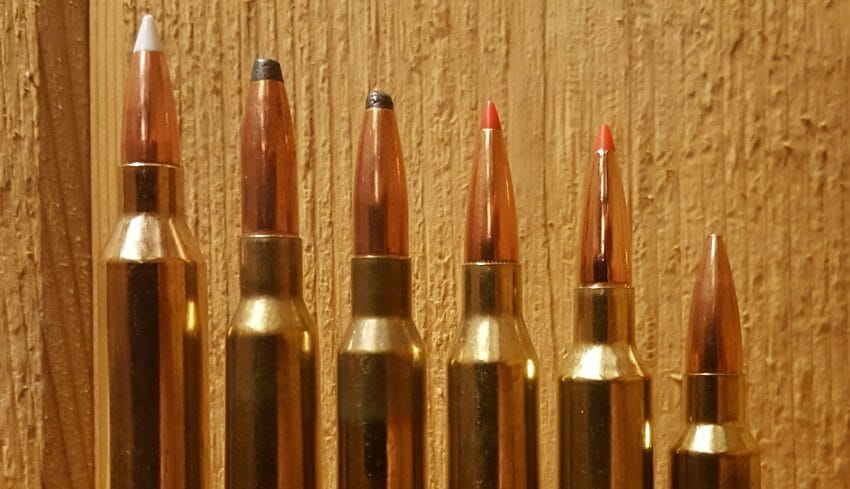 If you are new to firearms and/or if your knowledge is limited, then the subject of ammunition, the various Ammunition Types and calibers that are out there, and the type that you need for your specific use can understandably be a very intimidating subject.

Here’s two pieces of truth when it comes to ammo:

The purpose of this article is to teach you about ammunition in order to simplify the process for you. As you will soon see, ammunition really is a simpler subject then you may have initially anticipated.

First, let’s start by clearing up some common points of confusion on ammunition terminology.

The term ‘ammunition’ or ‘ammo’ basically refers to the entire component of what you load into your firearm or magazine (the projectile, the primer, the shell casing, the propellant, etc.). The term ammunition is interchangeable with the term ‘cartridge,’ as cartridge refers to the ammunition packaging as a whole.

Bullet refers to the projectile, or what is propelled out of the shell casing to strike your target.

Next, we will talk about the top tips you need to follow when selecting ammunition for the following purposes:

It doesn’t matter whether you plan to go target shooting just once year or once a week or more. The ammunition you will use for this purpose is the same.

Since your goal is just to fire a lot of rounds downrange (and hopefully to practice your skills while you are at it), you would most likely want the cheapest ammo that you can find, right?

In this case, by far the best kind of ammo to get will be what is called an FMJ, which stands for Full Metal Jacket. An FMJ round consists of a lead, round nosed bullet that is encased in a shell. FMJ’s require less manufacturing steps in contrast to other kinds of ammo, and thus they are much cheaper to produce and sell.

FMJ rounds are an excellent choice for practicing on the range. They are reliable (certain semi-automatic pistols, specifically older models, often only function reliably with FMJ’s), cheap, and usually produce much less recoil in contrast to higher pressured self-defense rounds.

But at the same time, FMJ rounds are a poor choice for self-defense. The reason for this is because they have very excellent penetration but poor expansion.

What does this mean? It means if you were to shoot a solid target, the FMJ round would penetrate deep into that target but it would also create a very minimalistic wound cavity in terms of width. In other words, the resulting bullet hole is going to be a lot smaller than it otherwise could have been and the internal damage will be considerably less as well.

Does this mean that FMJ rounds cannot be used for self-defense or combat use? No. On the contrary, they have been used for that purpose for a long time. In World War II, for example, practically all handguns fired FMJ rounds regardless of caliber, and many people were killed. Even today, the United States Army is forced to use FMJ 9mm ammunition in their Beretta M9 service pistols.

The problem though, is that FMJ rounds simply lack the power and the capability to create a larger wound channel like self-defense JHP (jacketed hollow point) loads can.

If someone is attacking you and you want to stop them dead in their tracks, an FMJ pistol round with enough velocity may pass through their body, but it’s also going to do significantly less damage to their internals as it otherwise could have.

Subsequently, FMJ’s are great for practice, plinking, and target shooting. And while they can be used for self-defense if you want or need them to, they should most definitely not be your first option for that purpose.

This necessitates you to do three things. For one thing, it requires you to choose a caliber that is large and powerful enough to bring down your game. This will require you to do careful research. The .30-30 Winchester round, for instance, is highly effective on deer within a hundred and fifty yards or less but not so much on elk.

Secondly, it requires you to shoot accurately to hit your game in the vital region. This is why practice and training (and with FMJ rounds if you desire cost effectiveness) is important.

And third and finally, it requires you to choose the right type of ammunition.

Just as there is ammunition intended for target shooting and self-defense, so there is for hunting.

FMJ rounds are a very poor choice for hunting much like they are for self-defense: they offer excellent penetration but very poor expansion, and thus may not humanely bring down you game animal on the first shot.

What you need is a bullet that will puncture the thick skin of the animal and then barrel it way through the muscle, flesh, tissues, and bones. This is why one of the most popular types of rifle ammo for hunting is soft-point ammunition, or essentially FMJ ammo only with ‘soft’ flattened lead at the tip.

This way, the bullet retains its weight and velocity while also being blunted at the end so it will deal significantly more damage to the internal regions of the animal and bring it down.

Right up front: FMJ rounds are NOT the best self-defense round. Not only will they deal less damage to their attacker, they can also pass through their bodies and potentially strike another innocent bystander behind them.

What you need is ammunition that will create a large wound cavity to your attacker while simultaneously offering less penetration so it won’t pass through them.

The answer is to go with what is called JHP (jacketed hollow point) ammo. As the name suggests, a JHP features a hollowed out cavity at the tip. This means that the bullet will literally expand upon impact, which creates a much larger wound channel on your attacker and increases damage.

Furthermore, it naturally inhibits penetration so it hopefully will not pass through them and harm somebody else standing by.

In conclusion, you can follow three basic rules when it comes to selecting the ammo you need:

You’ll want to do more research on the specific brands and grains and other factors of ammunition to consider, but if you’re new to the topic of ammo in general, that’s the basic rule that you will need to follow.