You are here: Home / Latest Articles / Active Outdoors / A Guide to Choosing a Perfect Outdoor Watch 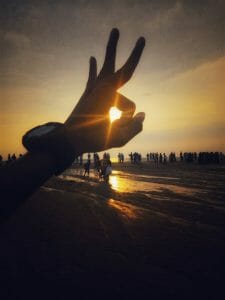 Since phones with time displays were developed, most people have afterwards wanted to rely on such phones to keep time with the aim of consolidating all the functionalities they needed into one device. The result of that move has been a reduced urge to use wristwatches anymore, but not everyone wants to head that direction. There are lots of individuals who still want to use outdoor wristwatches due to various reasons. Such individuals will do whatever they can get the best outdoor watches, even if it means spending a lot of cash on them.

Watch movement is not only about the rotation of the hands around the face of the timepiece. It’s all about the mechanisms involved in that rotation, and those are really important as they are the ones that determine how the watch works.

The three main types of movement used in watches include:

These kinds of watches require no battery and that results in a smooth hand movement unlike the “tick tick tick “that comes with quartz watches. The main mechanism used in the watch is a spring which the user has to wind to keep the watch working. This should be perfect for anyone who’s interested in a watch that helps them appreciate history, craftsmanship, and refinement. If you need a watch with a complex functional design, consider getting this type.

It’s an advancement of the mechanical watch, and it still uses a mainspring for its functionality, but in this case, the user doesn’t have to hand-wind the watch to keep it ticking. The watch winds itself using a small device known as a rotor, that relies on the movement of your hand throughout the day hence the name ‘Automatic’. To prevent over winding once the spring is fully wound, the watch has another device known as a slipping clutch. You’ll, however, need a watch winder which enables winding of the spring when you’re not wearing the watch by moving it in a circular motion, so that the watch won’t stop ticking once the spring is fully unwound. It’s a good choice for those who need a mechanical watch, but are not interested in winding the spring from time to time.

These are the most common, and they use a different mechanism, that requires the use of a small battery to keep the device alive. These watches use the electricity from the battery to cause pulses that are responsible for movement of the second hand, which is why they have a “tick tick tick” sound. They are the best choice for those looking for affordable, accurate, durable watches, that need less maintenance as compared to the mechanical and automatic watches.

Additional features beyond the main time system, which is made up of hours, minutes, and seconds, are referred to as the complications and they’re quite significant for watch lovers that need extra functionalities. Such features include power reserve indicators, alarms, chronographs, tachymeters, altimeters, barometers, compasses, and others. For those who love hiking a lot, the best choice would be an ABC watch (Altimeter, Barometer, Chronograph watch) since it assists a lot in navigation, atmospheric pressure, and altitude, which are important hiking considerations.

If you’re fascinated by good looks from jewelry you might want to get a dress watch, which is most likely made from a precious metal despite having a simple face. They mostly have a sleek design that can’t go unnoticed when such a watch is unveiled and this makes it serve the same purpose as that of jewelry.

Driving, just like diving and flying has some glamor that makes it important to have high-functionality watches. Most of them have a chronograph, while some combine a chronograph and tachymeter complication that is used in measuring speed. These watches also feature unique, stylish designs as per the buyer’s preference.

These are waterproof watches meant for sea divers, with some of them having a water resistance of more than 1,000 meters. If you are a great fan of diving, even if in a swimming pool, most of the diving watches will be a choice you won’t regret.

Any pilot reading this should consider getting an aviation watch, since it can provide them with huge amounts of information that is required when flying. Most of them can be used in the dark very easily, thanks to a black face that has illuminated dials and numerals.

When buying a watch, you might also need to consider additional features such as visibility, whether in the dark or light, replaceable straps, design, material, size, etc.

Having considered the above-discussed points, you should be in a better position to choose a perfect outdoor watch that meets your requirements. The best practice when purchasing such gadgets would be to go through a number of reviews whether from blogs, online stores, or any other sources, to avoid making decisions which you might regret later.