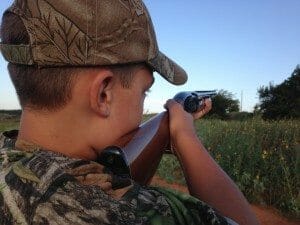 Dove season is less than a month away, so now is the time to start getting ready. Here are some tips that will translate into better shooting when the little grey missiles start flying.

There is no doubt the some people are just good shots and have a better ability to hit moving targets, but no matter what your skill level, a little practice in the coming weeks will relate to better success in the field once the season begins.