Guest Blog By: Jeff Stevens of The Hunter’s Guide

Now that deer season is over and winter is starting to wind down, it’s time to start thinking about the next wonder of the woods: the almighty long beard. That’s right, it’s almost time once again to hear the woods fire up with clucks, putts and gobbles. There’s nothing more exciting than having a big tom strutting in to your decoy at 20 yards after calling him in from over 100. But
before you go hit the turkey blind you’ll want to make sure you’re ready when that 15inch beard comes dragging its way into your setup.

The most important thing, even if it’s the only thing you do in preparation for turkey season, is checking your shotgun to make sure it’s still sighted in. I know from experience what a bummer it can be to hit the woods and have a shot at a trophy, only to realize your gun is off and you probably scared whatever it was to the next county! It’s really one of the worst feelings a hunter can have. So make sure you put out a target, and take a few practice shots before hitting the woods. You’ll thank me later when your first shot ends up in the ground 2 ft from your target.

The next thing you might want to think about is whether you plan to use a call or not. If you’re planning on calling in the birds this season, once again, make sure you give it a little practice before getting after them. One of the most important aspects of having a great hunt is how you can interact with the animal and call them in – your heart doesn’t pound much harder than that. So get your diagram, box, or friction call out early, and practice those purrs, cutts and cackles those gobblers want to hear.

Make your setup work for you

Another good idea to think about is your setup. In any type of hunting, it’s a good idea to scout and find out as much as you can about the birds/animals using your property. Where they feed, where they roost, and patterns they might develop traveling between the two. The one thing I like to concentrate on is the roost. These giant birds tend to make a lot of noise when they fly up to roost (or really when they fly in general). If I can, I’ll make a trip out to my hunting property the evening before I plan to hunt and see if I can hear any birds, bouncing of branches on their way to roost. This gives me a good idea where to set up the next morning.

The early bird gets the… turkey

If you plan on using a blind for your setup, it might not be a bad idea to get it set up a week or 2 in advance. I know a lot of hunters that have gone in the woods the day of, popped up a blind, and had a successful hunt. I haven’t had that kind of luck. Any time I’ve used a blind without setting it up before hand, I’ve had birds come in, and they’ll instantly realize something out of place. These birds don’t typically stick around when they’re uncomfortable. If you have a good spot that you know will have birds, go ahead and set your blind up and let the animals in the area get used to it. It might not make a huge different but it certainly can’t hurt.

Last, but definitely not least, be prepared for bugs. Long days in the woods can be miserable if you have mosquitos buzzing in your ear the whole time. This can not only be an annoyance, but it can ruin a good hunt. Have you ever flinched a little, or tried swatting at a bug when you have a turkey in sight? Turkeys have extremely good eyesight and pick up on the slightest movement. Grab your Thermacell, or maybe even spray on some bug spray. This will help you in more ways than one.

Turkey season is less than 2 months away. Hopefully I’ve listed some good preparation tips that will help you this upcoming season. So go ahead and dust off your turkey bag, get out your calls, and start thinking about what you’re going to do to prepare for this spring!

Jeff Stevens writes for The Hunter’s Guide, and recently published an article covering hunting dates for Kentucky deer season in 2013
and 2014. He loves hunting, fishing, and spending time outdoors whenever he can. 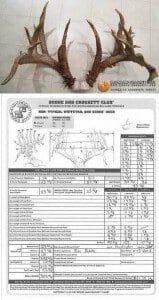 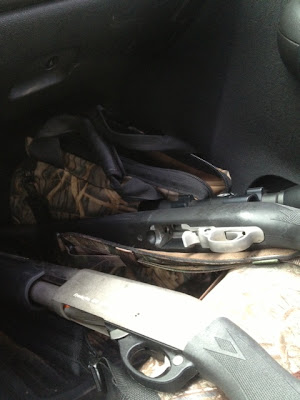