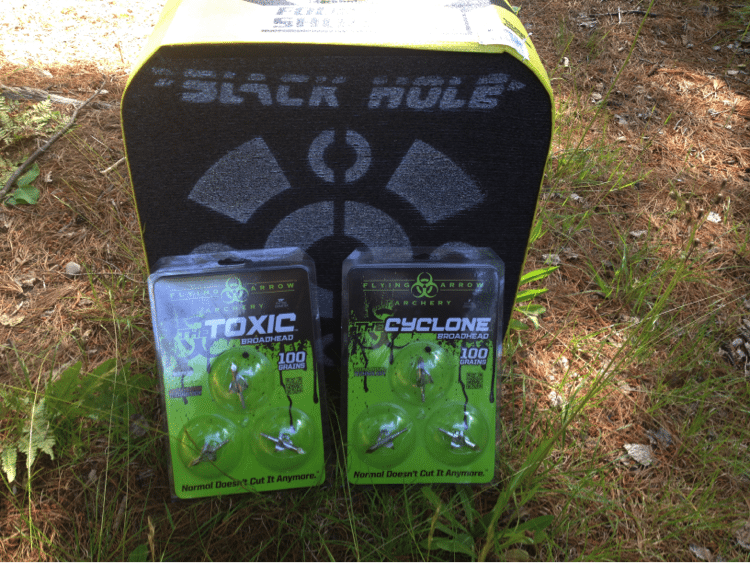 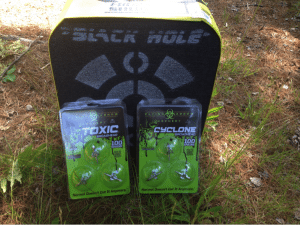 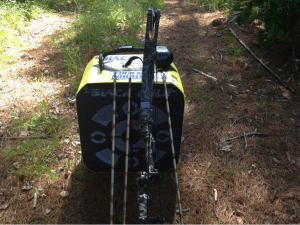 On the Flying Arrow Archery website they claim that the Toxic and Cyclone broad-heads were designed to not worry about your vanes or the traditional thought of blade to vane placement for accurate arrow flight. With that said I simply took out one of each broad-head and screwed them on an arrow without worry about alignment to test their theory. They were either going to be correct or I was going to have some ugly arrows flying around. Because of this I tested the broad-heads at an undisclosed location in the middle of no-where just in case. I am pleased to announce that both the Toxic and the Cyclone flew just as accurate as the field point did. So yes, you can simply screw on your Flying Arrow Archery Toxic or Cyclone broad-head to your arrow and not worry about your vane off-set or lining them up.

In conclusion, I highly recommend the Flying Arrow Archery Toxic and Cyclone broad-heads. They are strong and well built with us the customer in mind. They fly true and hold up well. I know they will be on my arrows and in my quiver come this fall. If the Flying Arrow Archery broad-heads perform as well as I think they will on game, then they will become my broad-head of choice from now on. Thank you for taking the time to read my review. If you liked this review then I encourage you to share it with friends.

Have a great day and happy hunting!
Tim Collins.

What Are The Differences Between Snow Boots And Winter Boots?

What Are The Differences Between Snow Boots And Winter Boots?