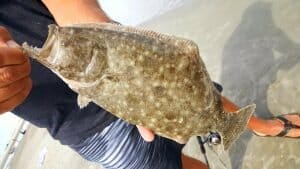 The basics for catching any fish, what is essential is the ‘understanding of the fish’, in other words, knowing their natural habits, which will allow anglers to gain an advantage and directly increase their chances of landing a good catch.

In the case of common predatory species such as the Redfin (European Perch / Perca fluviatilis), which are undoubtedly a ‘prime catch’ in the UK, Europe and Australia, they have particular traits that, if exploited, could land you a decent meal. This fish is very similar, both in looks and in nature, to the American yellow perch (Perca flavescens), and fishing styles between the two are remarkably similar.

First and foremost, what an angler needs to know about Redfin is these fish are primarily predatory and usually ambush their prey. In order to achieve this, the fish will inhabit weed beds or hide between rock crevices, where they are practically invisible to their unsuspecting prey. This however only occurs when they are not schooling with others, fish which are schooling tend to do so in the open, and schooling fish will be much easier to lure than those which are hiding on their own.

The natural behaviour of sole dwelling fish can pose as a serious obstacle because weed beds, as even a novice angler would know, can cause snags. Knowing what lure to use is essential in redfin fishing, as using the wrong lure not only means no fish, but it also means you might end up losing your lures too. Depending on the environment that you are fishing in, whether it’s a stream, lake or creek, it is crucial to note and take into account the physical geographical aspects of the ‘fishing matrix’.

There is a variety of suitable redfin lures to choose from. All spin lures will be suitable for catching redfin, however you will want to adjust the weight depending on the distance you are casting, along with how deep the water is. Small hard body diving lures are also good to use in water which is around 2 meters or more deep, and finally the preferred method by many, the soft plastic grub style lures.

Before even considering casting your line, determining areas that have weed beds, driftwood or rocks needs to be done visually in order to decide which area you plan to tackle first. After determining the area, the next task would be to mentally mark out the ‘angling area’ for your first series of casts, and finally, decide on the type of redfin lure you will use, not that these lures are specifically for redfins, but these fish do respond to the aforementioned lure styles more so than most other fish.

Using soft plastic lures is highly recommended by most seasoned fishermen, due to a variety of reason including ‘lure action’, which often imitate the actions of a prawn. However achieving the ‘lure action’ techniques will require a lot of practice as casting your line and slowly retrieving in a manner that makes the lure ‘look and behave’ like a meal for the fish is not an easy task. The best method is casting the line, then taking up the slack and a pause for a couple of seconds to allow the lure to sink, then a quick one or two jigs upwards and continue to retrieve for another meter or so, before repeating this again.

Having the right kind of accessories will help in this instance, light weight rods are normally the best starting point for freshwater fishing. Ideally a highly flexible spin rod with a 7lbs line will normally be sufficient.

Using either Fluorocarbon or mono-filament fishing line does not make a significant difference, but note that fluorocarbon lines sink faster. The tendency for the line to sink can divert the lure to an unintended position, as the line will sink towards weed beds at the bottom of the water. It is advised that regular and cheap mono-filament fishing line is best for beginners.

Another popular method of redfin fishing is using conventional fishing methods such as bait fishing, the best and most successful bait is definitely live earthworms, as it is for most other fish species. Threading regular live earthworms through a long shank hook, or double hooking a single worm using a regular or “suicide” shaped size 6 hook is more than enough to attract a good sized fish.

Prawns are also know to have produce good results when it comes to perch fishing, raw peeled prawns can be used, or live freshwater prawns (known as yabbies in Australia) can be collected by placing a net in the water and a piece of raw chicken in the middle. After an hour or two you can come back and drag the net out of the water to find the freshwater prawns clinging to the chicken. It is usually best to hook live prawns through the tail with the hook facing upwards at first, once the prawn has died, the hook can then be threaded through the head and exit in the middle of the tail underneath.

The best places to target are always going to be areas that are not often visited by fishermen, in places like these the conditions can often be good enough to land anglers a bucket full of good sized catches. As the professionals know, fish that have been hooked once are far less likely to take a hook again in future, they become far more cautious of hooks after being released, and their fear can also cause a similar reaction to other fish in the school they are in. So fishing in rivers that are not often accessed makes landing a catch on bait or lures far easier.