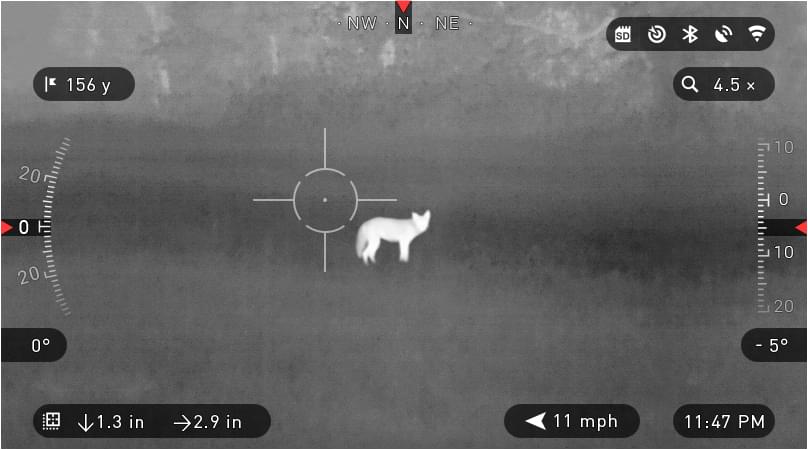 It is mostly known that thermal cameras are used for building maintenance among other things, but an interesting fact is that they are mainly used for hunting and spotting animals. Some people may believe that there is no difference between the thermal and night vision cameras, but in fact, there are actually quite a few differences.

The most important difference is that night vision cameras amplify the light available for the objects to be visible just as they are during the day. The thermal imaging cameras for hunting spots and highlights the differences in body temperature, which makes it easier to spot living animals or people. Thermal imaging cameras are used worldwide by hunters and professional documentary makers.

There are several features that can be found in these cameras. For example, the batteries in the thermal imaging camera are made of lithium, which operates from 5-8 hours. The magnification options are very beneficial in order to zoom in on your target, making it much easier to identify. The germanium lens in any camera are used to transmit the light on the infrared spectrum. They are most commonly known to be better at night, but they function with the exact same efficiency. The reason behind this belief is that animals can spot the hunters in the morning, and that is why most hunters prefer to go hunting at night in order not to be seen, not due to lack of efficiency in the camera.

There are several types of thermal imaging cameras:

With these devices, you can see the outlines of animals and people very clearly, even in total darkness and in light fog.” The TS-Series is not only useful at night, but also during the day because it shows you the animals in a thermal image despite the lighting around you. It is also designed for rough outdoor environments.

It is designed to be waterproof, compact, shock resistant, and lightweight. It is also easy to use, having only 5 buttons for controls which are all are easily controlled by fingertips, even when wearing gloves. As for its range performance, this thermal camera is capable of spotting a deer that is 450 meters away in total darkness with an option of a 2X extender that allows it to spot animals approximately 790 meters away. According to Constantini, the FLIR Scout TS32 with a 2X extender is one of the best thermal imaging cameras, as he mentioned in his review: “I think it’s a great investment for hunting parties and wildlife preservation organizations. It is very easy to use, and I consider it to be one of the best methods for finding and saving young animals just before the hay harvest.”

The Pulsar Quantum HD50S is ideal for advanced shooters. It has a start-up time of 5 seconds or less. This device can be used in any condition, especially during bad weather conditions, where most animals tend to hide behind thick bushes. It can spot animals that are approximately 1250 meters away due to its technical features.

This thermal imaging camera is ideal for more advanced shooters due to its high-resolution Germanium lens, OLED display, magnification with digital zoom that allows detection range of 125o meters for a human-sized target.

It could also be used for both day and night hunting, even in rain or fog. As for the body of the camera, it is fiberglass reinforced plastic that allows it to withstand impact, moisture, and dust. It is also lightweight and compact in size. Due to all of these features, the Quantum HD50S would be very ideal for an advanced shooter. 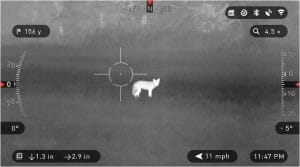 ATN OTS-HD 640 1-10X is an adaptable thermal imaging camera of high-quality thermal vision. The Smart Shooting feature allows you to take your shots with confidence. It also has the fastest and most powerful processor because it has an Obsidian Core. This will help you avoid any lags during shooting as well as give you a benefit of the fast speed in functioning. It also includes 3 useful features:

Another great option is the Patent Pending Smart Range Finder that helps in ranging your target simply through two clicks that will shift the scope.