Article Written By; John Hawthorne,
Guns are outstanding tools, both for pleasure and business. But before you purchase or use a gun, it’s essential that you understand how to do it safely. Knowing the safety rules will allow you to enjoy your gun in a responsible manner. It will also prevent you and those you care about from getting injured.

In addition to learning these rules yourself, you should also teach these to anyone who will be shooting with you. This ensures maximum safety for everyone.

Now, let’s take a closer look at each safety rule.

#1 – Understand How To Properly Use A Gun 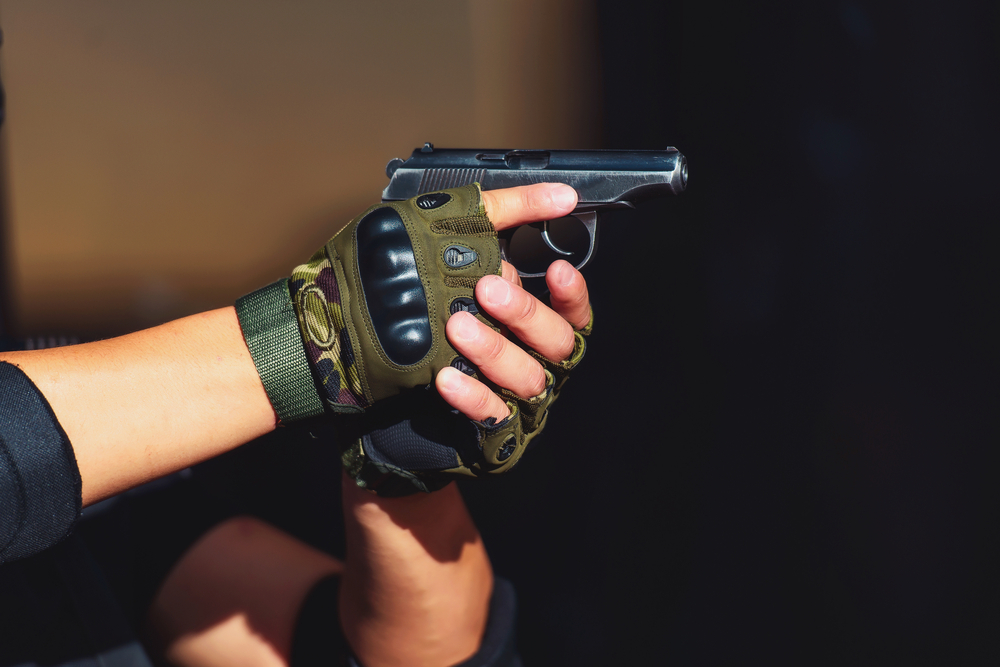 It’s the classic movie scene. Someone holds a gun for the first time and begins swinging it around, randomly pointing it at things. “Woah, watch you’re pointing that thing!” someone will yell.

It’s a scene that always good for a few laughs, but it also touches on reality. Too many people don’t know how to safely operate a gun. They don’t understand how to properly load and unload ammunition, hold a gun, or operate the safety. Or, they rely too heavily on the safety, forgetting that there’s always a possibility it could fail.

When was the last time you performed maintenance on your firearm? Remember, guns are just like every other tool. They require consistent maintenance to function properly. You wouldn’t endlessly use a saw without ever sharpening the blade. A dull blade can lead to the saw malfunctioning, which in turn can cause injury.

The same goes for guns. If you don’t regularly clean, repair, and maintain your firearms, there’s a good chance something will go wrong at the worst time. You certainly don’t want your gun to malfunction when you, a family member, or a friend is using it.

If you don’t know how to perform effective gun maintenance, consider using a gunsmith.

#3 – Only Use The Proper Ammunition 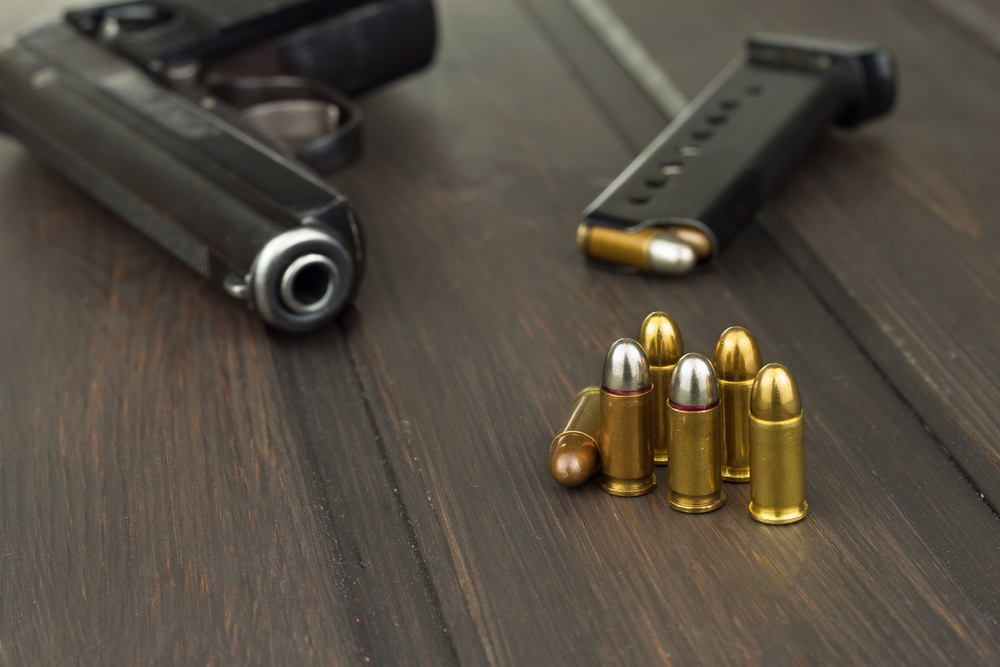 Not all ammunition is created equal. You can’t pop bullets out of one gun, stick them in the magazine of another, and then begin shooting. Well, you can do that, but it’s a terrible idea.

Why? To state the obvious, different firearms require different ammunition. Just like you can’t use diesel fuel in a standard car, you can’t interchange ammunition between different guns.

Here’s an example of how wrong things can go when you use the wrong ammo.

#4 – Always Keep Your Muzzle Pointed In A Safe Direction

This is one of the most basic rules of gun safety. In fact, if people always followed this rule, the number of accidents would be dramatically reduced, if not completely eliminated.

Pointing your muzzle in a safe direction means never pointing your gun at a target you don’t intend to shoot. You should even maintain this habit while loading and unloading your gun or dry firing it.

This is your number one responsibility when using a firearm, even if you stumble. You must control your muzzle and keep it pointed in a safe direction.

You know the old maxim that says, “Measure twice, cut once”? It similar for firing a gun. Always look twice (or many more times) before you shoot. You absolutely must establish your target, especially if you’re in an area where it’s difficult to see. The last thing you want is to fire at what you think is an animal, only to realize it’s a person.

That’s every gun owner’s worst nightmare. Every year, approximately 1,000 people are accidentally shot by hunters, which is a relatively small number given the millions of people who hunt. But still, this shows the necessity of knowing your target. 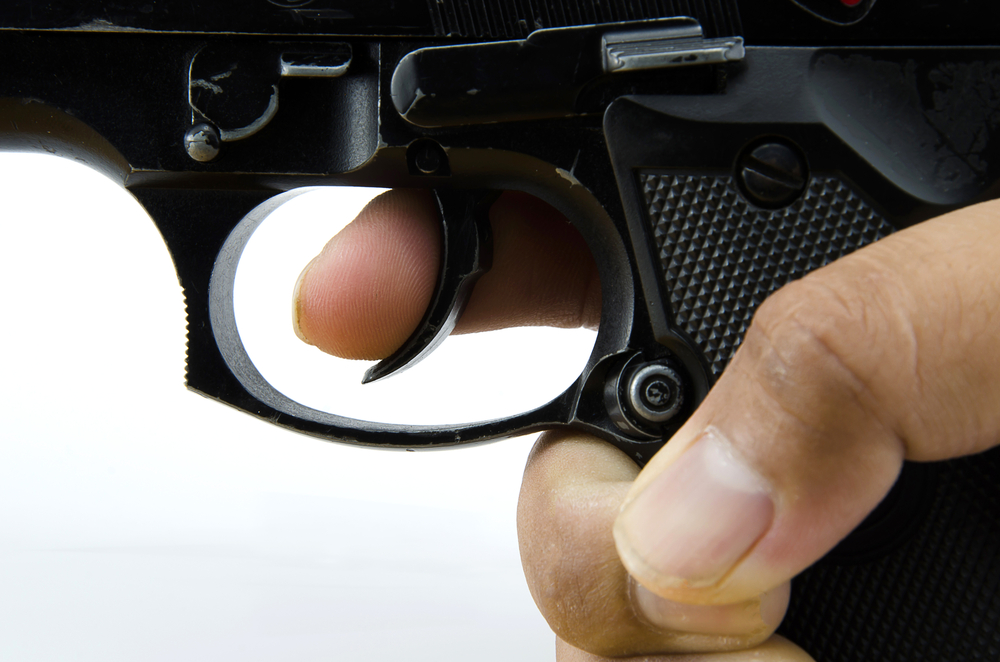 As long as your finger is away from the trigger, you won’t accidentally shoot the gun. By observing this rule, you can always avoid a negligent or accidental discharge.

This, along with always keeping your muzzle in a safe direction, will significantly reduce the risk of injury.

Most guns create loud noises when firing, which can lead to ear damage if appropriate precautions aren’t taken. Firearms cans also discharge gases and debris, which have the potential to hurt your eyes. Depending on your target, bullets striking things can also cause debris to fly through the air.

#8 – Check Your Barrel Before Using Your Gun

Ideally, you should clean your gun barrel prior to shooting. Just a small bit of debris, such as snow, oil, or dirt can cause increased pressure in the barrel, leading to a bulge or explosion. If you fail to clear obstructions, you or bystanders could be hurt when you shoot.

Don’t rush to fire your gun. Take the time to open the action, check the barrel, and then clean your barrel with a cleaning rod. Yes, it will take a few extra minutes, but it’s worth it.

Here’s a simple guide to regularly cleaning your gun barrel:

#9 – Use Caution If There Is A Misfire 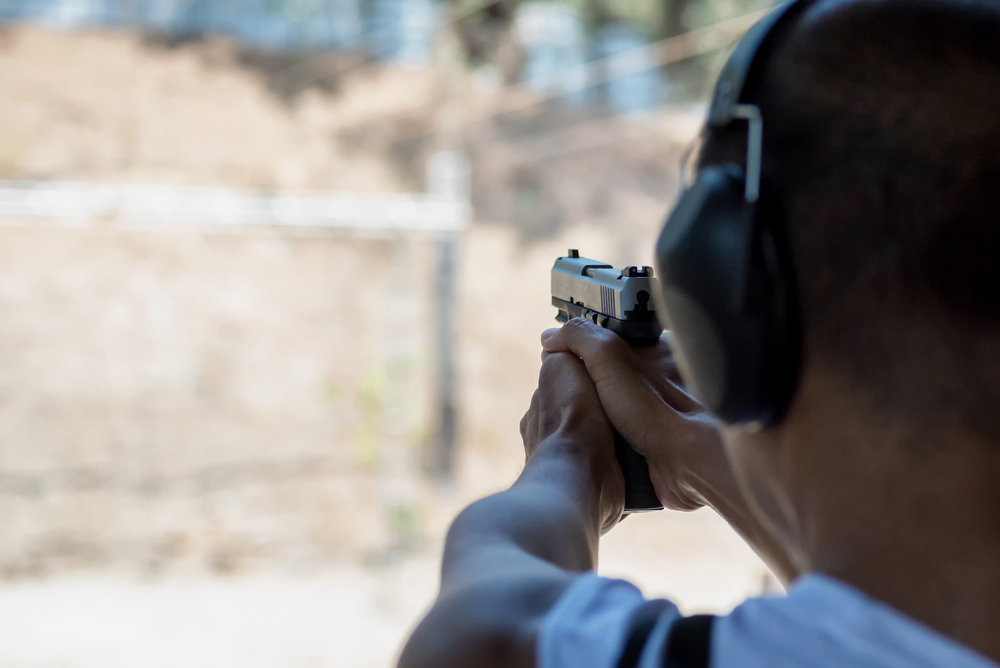 There will be times when you pull the trigger but the gun does not fire. When that happens, do NOT continue pulling the trigger in an effort to fire the gun. There could be a cartridge jammed in the barrel.

If the gun misfires, point the muzzle in a safe direction and keep your face away from the breech. Carefully open the action, withdraw the cartridge, and then throw it away. Muzzle direction is just as important here. A bullet is still in the gun even though it didn’t fire.

If the gun continues to misfire, stop using it and perform maintenance on it when you get home.

You should NEVER use firearms when you’re under the influence of alcohol or drugs. Guns require close attention to detail and safety. They require eye hand coordination and the ability to think clearly. You also need crystal clear judgment when using firearms.

Plus, it’s almost always illegal to possess a firearm while under the influence. Not only could it have a tragic outcome, you could also end up in prison.

There are several reasons you shouldn’t alter your gun. First, it usually voids the factory warranty, meaning you won’t get any compensation if the gun is damaged or faulty.

More importantly, it’s just not safe. Guns are complicated tools with numerous interrelated parts. They were specifically designed by experts and work in a very particular manner. Altering your gun can cause malfunctions, which can be dangerous.

Additionally, you should only let a qualified, trained person repair your gun. You risk more damage and danger by letting a novice try to fix a complicated problem. 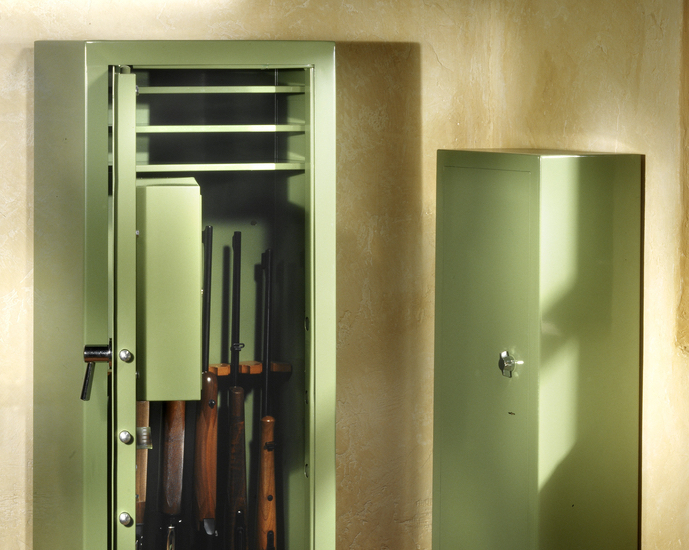 When not in use, your guns should be stored in a safe, secure location. Thankfully, there is a wide variety of gun storage lockers and safes, as well as locking mechanisms for triggers. This is especially crucial if you live in a house with young children who could access a gun.

Before storing your guns, remove all ammunition from the barrels and magazines. You may want to lock your ammunition in a different location as an additional precaution.

These safety rules should be followed at all times. Neglecting them can lead to bad outcomes for you and those around you. By taking the time necessary to properly handle, maintain, and store your firearm, you can be confident that you’ll have years of safe, enjoyable shooting.

To see the original article, go to http://gunnewsdaily.com/12-critical-gun-safety-rules/